Titan is the only world we know of in our solar system, besides Earth, that has stable liquid on its surface and the latest finding that shows remarkable similarities between the two. 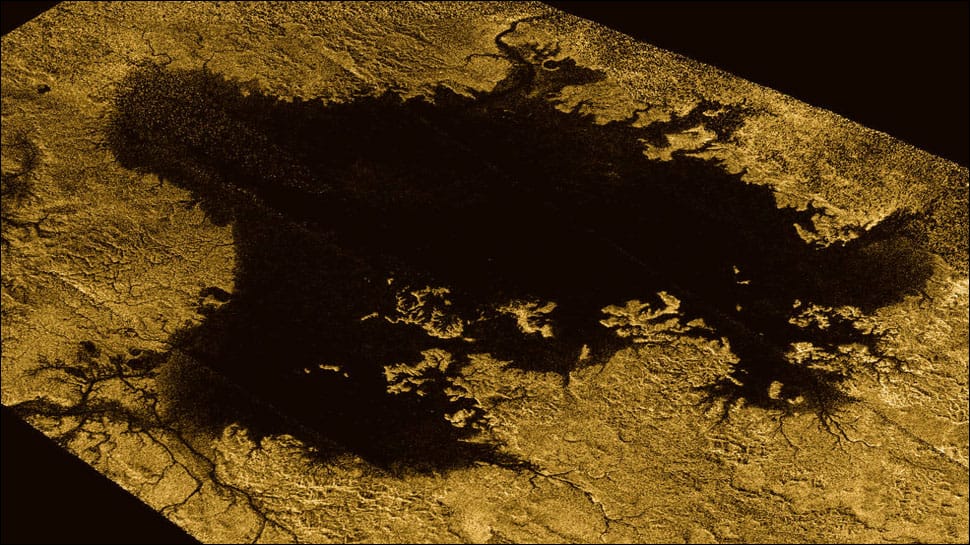 New Delhi: Even after its end, NASA's Cassini is still providing information on the planet it studied for 13 years.

On Wednesday, NASA released an image of Ligeia Mare – the second largest known body of liquid present on Saturn's moon Titan – revealing a way how it is eerily similar to Earth.

Titan is the only world we know of in our solar system, besides Earth, that has stable liquid on its surface and the latest finding that shows remarkable similarities between the two.

The only difference between Earth and Titan regarding the new find is that at Titan, its lakes and seas are filled with hydrocarbons rather than liquid water, and water ice overlain by a layer of solid organic material serves as the bedrock surrounding these lakes and seas.

According to NASA, the new paper, led by Alex Hayes at Cornell University in Ithaca, New York, and published in the journal Geophysical Research Letters, finds that Titan’s seas follow a constant elevation relative to Titan’s gravitational pull – just like Earth’s oceans. Smaller lakes on Titan, it turns out, appear at elevations several hundred feet, or meters, higher than Titan’s sea level. Lakes at high elevation are commonly found on Earth. The highest lake navigable by large ships, Lake Titicaca, is over 12,000 feet [3,700 meters] above sea level.

The new study suggests that elevation is important because Titan’s liquid bodies appear to be connected under the surface in something akin to an aquifer system at Earth. Hydrocarbons appear to be flowing underneath Titan’s surface similar to the way water flows through underground porous rock or gravel on Earth, so that nearby lakes communicate with each other and share a common liquid level.

The paper was based on data obtained by Cassini’s radar instrument until just months before the spacecraft burned up in the Saturn atmosphere last year. It also used a new topographical map published in the same issue of Geophysical Research Letters.

The Cassini mission came to an end last month – September 15 – after it performed a death plunge into the planet's atmosphere.