Super Blue Blood Moon in the sky after 150 years. Here's what you need to know

This will be the second full moon of the month, also called the 'Blue Moon' and the first eclipse in the new year. 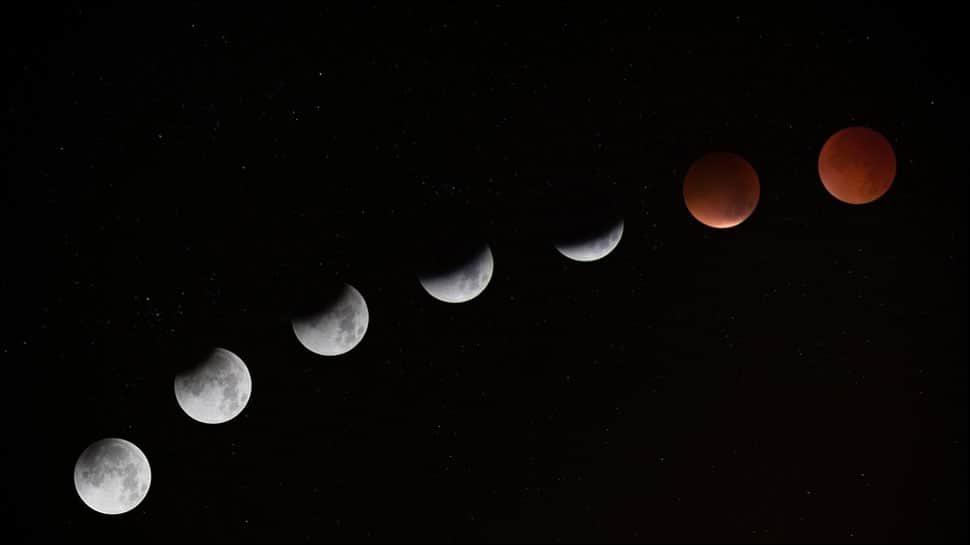 New Delhi: After 2017 gave sky-gazers and space enthusiasts a chance to witness a rare total solar eclipse, 2018 is all set to give aficionados another treat.

On January 31st, the moon is all set to turn orange. Get ready to witness a rare celestial spectacle on the last day of January as the moon enters a phase of total eclipse aligning perfectly with the sun.

This will be the second full moon of the month, also called the 'Blue Moon' and the first eclipse in the new year.

Also termed 'Blood Moon', the eclipse will be visible in large parts of US, northeastern Europe, Russia, Asia, the Indian Ocean, the Pacific, and Australia.

Why is this eclipse a rare one?

The lunar event on January 31st will occur for the first time in 150 years, thereby giving sky-gazers a once-in-a-lifetime chance to view it.

How will it be like for different parts of the world?

For the Indian subcontinent, the Middle East and Eastern Europe, the eclipse will already be underway as the Moon rises.

The Pacific Ocean will be turned towards the Moon at the time and the eclipse will take place during the middle of the night.

Central and eastern Asia, Indonesia, New Zealand and most of Australia will get a fine view of this Moon show in the evening sky.

Alaska, Hawaii and northwestern Canada will see the eclipse from start to finish. Moonset will intervene for the rest of North and Central America, however.

What is the duration of the event?

The duration of the total phase is 77 minutes, with the moon tracking through the southern part of the Earth's shadow.

During totality, the Moon's lower limb will appear much brighter than the dark upper limb, 'Space.Com' reported.

When will the next total lunar eclipse take place?

When did the last total lunar eclipse occur?

An eight percent partial eclipse occurred on December 31, 2009, but the last total eclipse of a Blue Moon happened all the way back on March 31, 1866.

ISRO can deliver better with more resources: AS Kiran Kumar