A 90th-minute goal by Xherdan Shaqiri secured Switzerland a 2-1 victory over Serbia. 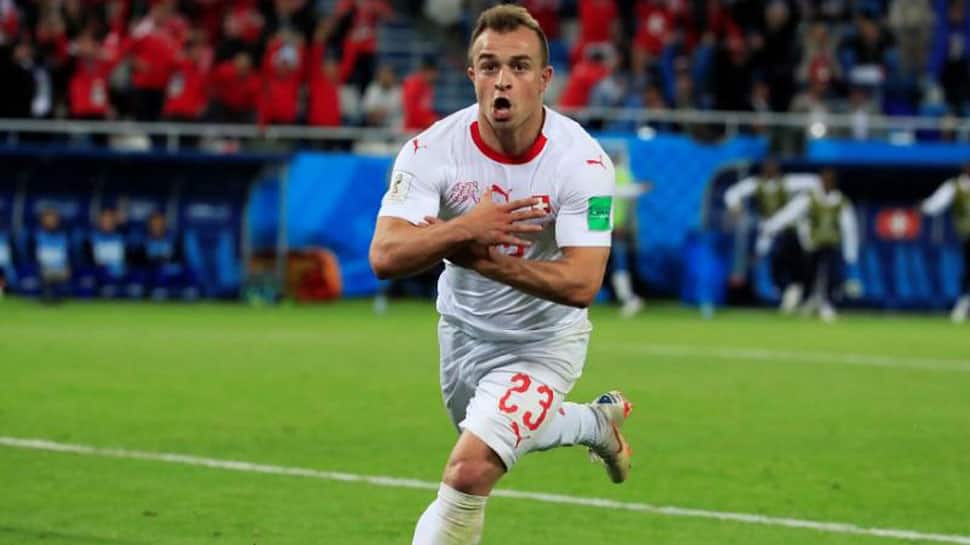 Serbia went ahead with an Aleksandar Mitrovic header after five minutes to the delight of their fervent supporters at the Kaliningrad stadium.

Xhaka silenced the Serbian contingent in the 52nd minute, however, when he left fly with a left-foot shot which flew into the net from 25 metres before Shaqiri broke away to win the game at the death.

The result left Brazil, 2-0 winners over Costa Rica, top with four points, ahead of Switzerland on goal difference with Serbia on three.

Brazil and Serbia meet in their final game while the Swiss face Costa Rica, already eliminated after losing their first two games.

Serbia made a flying start and Mitrovic forced Swiss goalkeeper Yann Sommer into an early save with a close-range header.

Sommer was powerless, however, in the fifth minute when Nemanja Matic won the ball and found Dusan Tadic, whose cross was met with a soaring header from Mitrovic.

With Mitrovic proving a handful for the Swiss defence, Serbia threatened to over-run their opponents and missed another chance when a corner flew across the face of goal and Dusko Tosic just failed to make contact.

Switzerland came right back into the game seven minutes after halftime thanks to Xhaka’s fulminating strike after a rebound fell nicely into his path.

Xhaka was almost upstaged by Shaqiri who clipped the crossbar with a curling, dipping shot from the unlikeliest of angles and the match turned into a pulsating end-to-end affair which was brilliantly settled by Shaqiri.

Switzerland cleared a Serbia attack and a through pass sent the diminutive forward scuttling away before he slotted the ball neatly into the far corner.

Russia's Messi - a Puma star in its own right