UEFA under fire over changes to Champions League

UEFA rearranged the group-stage slots in favour of its four top-ranked leagues - in effect Spain, England, Germany and Italy - by guaranteeing them four places each. 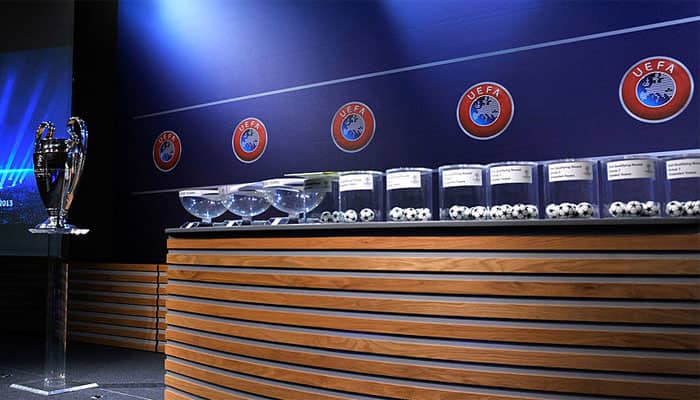 Zurich: The recently-announced changes to the Champions League are detrimental to domestic soccer in Europe and will increase the gap between the wealthiest clubs and the rest, Europe`s domestic soccer leagues (EPFL) said on Thursday.

The EPFL, the umbrella grouping for 24 European domestic leagues, also called upon the next UEFA president to reconsider the changes which made fewer places available in the Champions League group stage to teams from smaller countries.

It was the first major criticism of the reforms of the lucrative competition, which were announced in Monaco in August after secretive negotiations between European soccer body UEFA and the clubs.

UEFA rearranged the group-stage slots in favour of its four top-ranked leagues - in effect Spain, England, Germany and Italy - by guaranteeing them four places each.

Places for the winners of the 11th and 12th ranked leagues were cut and the number of places reserved for teams from the remaining leagues, who play their way through a qualifying competition, was reduced from five to four.

UEFA also announced changes in the distribution of revenue with more emphasis placed on the historic sporting results of the clubs and less on the value of their television market.

The changes came amid reports that the biggest clubs had been discussing the creation of a so-called Super League.

EPFL said one possible consequence would be an end to the agreement with UEFA under which leagues refrain from scheduling domestic games on the same night as days earmarked for European club competition.

"A major change in European football has been announced without the support and consensus of the organisers of domestic league football in Europe," the EPFL said in a statement.

"This decision will have a detrimental impact on domestic competitions and will lead to an exponential growth in the financial and sporting gap between the biggest clubs in Europe and all the others," it added.

"The European Leagues believe the way this process has been conducted by UEFA to be unacceptable for an organisation that claims to be the governing body of football in Europe.

"The EPFL believes that UEFA has breached the Memorandum of Understanding (MoU) between the two organisations."

It warned that such a breach "would give all European Leagues total freedom to schedule their matches as they see fit ­– including on the same days and at the same kick-off times as UEFA Club Competitions."

"The European Leagues stand ready to meet the new UEFA President to discuss these matters," the statement said.