DMK inches closer on seat-sharing pact with allies, rules out alliance with MMK

The Dravida Munnetra Kazhagam ruled out any possibility of an alliance with local outfit Manithaneya Makkal Katchi. 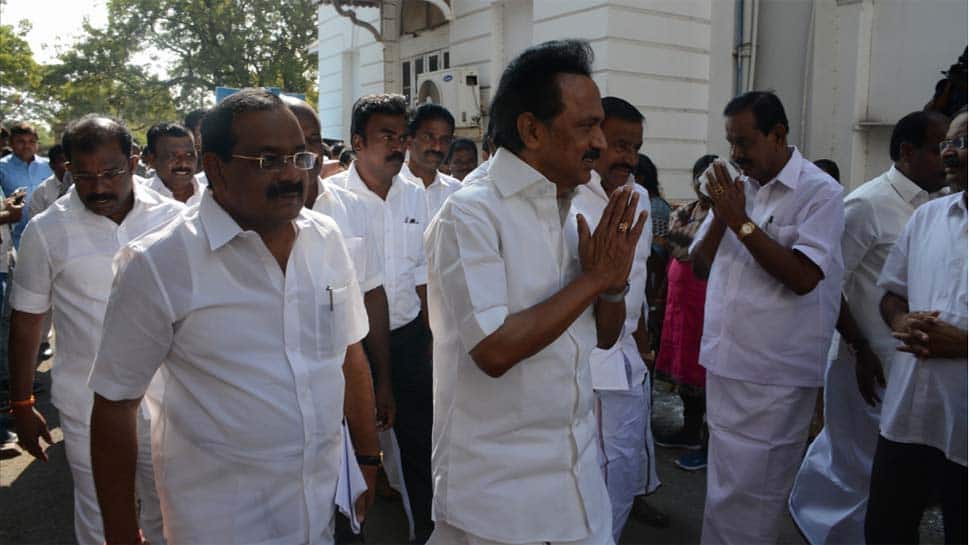 The Dravida Munnetra Kazhagam ruled out any possibility of an alliance with local outfit Manithaneya Makkal Katchi.

“This time there is no space for Manithaneya Makkal Katchi in our alliance,” said DMK President MK Stalin.

Stalin's comment came as the DMK inched closer to finalising a seat sharing pact with its allies for the coming Lok Sabha elections 2019. The party has already allotted two Lok Sabha constituencies each to the CPI and Viduthalai Chiruthaigal Katchi and continued talks with others.

The IJK will contest from one constituency in its "Rising sun" symbol, the DMK said in an official release.

The Stalin-led party is continuing talks with parties, including MDMK and the CPI(M) and seat sharing with them is expected to be finalised in a few days.

Alliance talks were also underway between AIADMK  and DMDK.

"Talks are on with the DMDK. A good decision will be announced today (Monday) or tomorrow (Tuesday),” said AIADMK coordinator and Tamil Nadu Deputy Chief Minister O. Panneerselvam.