Rajya Sabha MP and DMK Organising Secretary RS Bharathi was arrested on Saturday morning from his residence on charges of making alleged hate speech against the judges and people from scheduled castes (SC) community on February 14 this year. 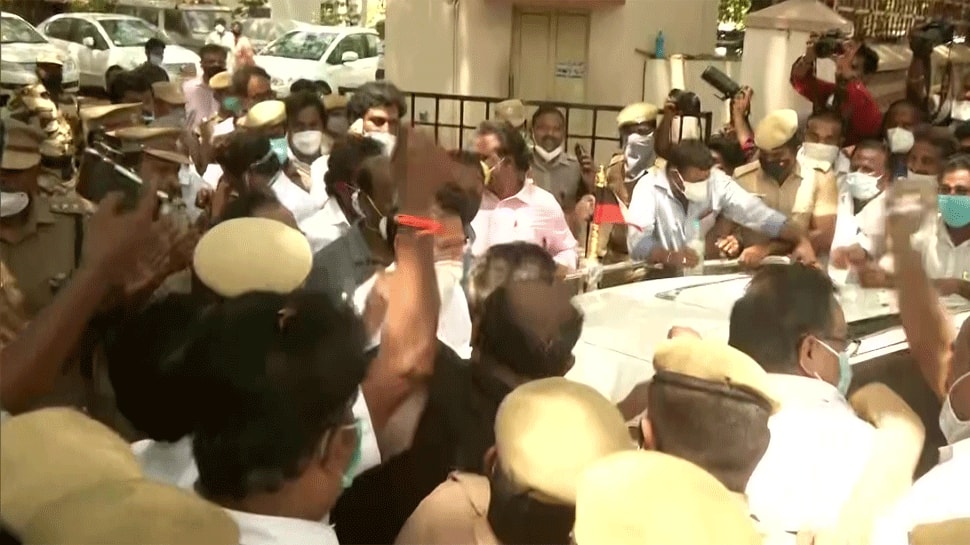 Chennai: Rajya Sabha MP and DMK Organising Secretary RS Bharathi was arrested by Chennai Police from his residence on Saturday in connection with the alleged hate speech made by him against the judges and people from scheduled castes (SC) community on February 14 this year.

Soon after his arrest, the DMK leader was granted interim bail by Egmore court in Chennai.

A police complaint was filed against the DMK leader for alleged hate speech against judges and the members of the scheduled castes (SC) community.

The police complaint was lodged by the leader of Athi Tamilar Makkal Katchi Kalyanasundaram under the Scheduled Castes and Scheduled Tribes (Prevention of Atrocities) Act.

Speaking to reporters, Bharathi said his speech was twisted in the social media and his arrest is politically motivated.

The Rajya Sabha MP said that he had lodged a complaint against Tamil Nadu Deputy Chief Minister O Panneerselvam for corruption.

Coming to the support of Bharathi, the MDMK General Secretary and MP Vaiko demanded the government to withdraw the case.

Vaiko said Bharathi had expressed his regret about his controversial speech.

Auto and cycle rickshaws to return to roads in Tamil Nadu; no relaxation for Chennai