In its complaint, the Islamic body has compared PUBG to deadly online games like Blue Whale Challenge. 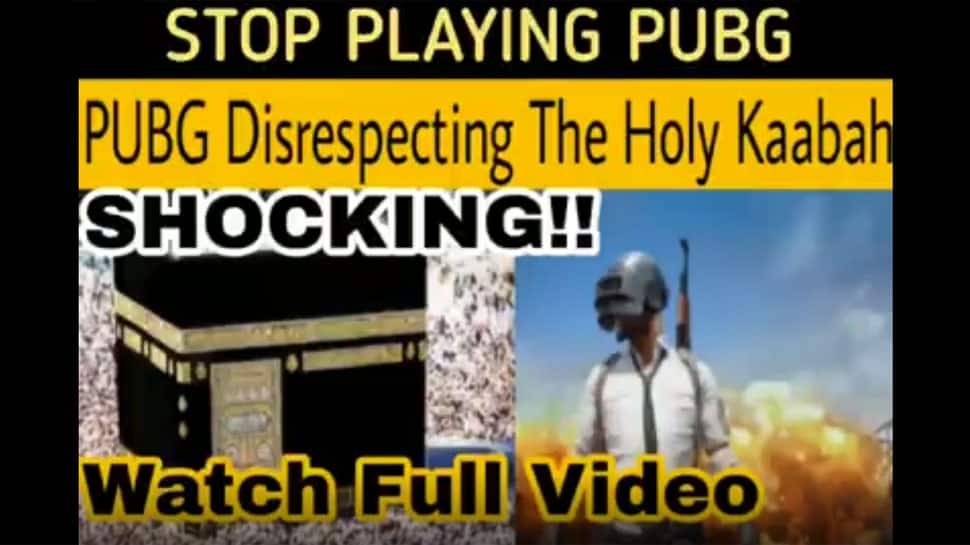 Screenshot of the video by shared on social media.
Share:
Written By:

CHENNAI: The Tamil Nadu Muslim League has sought a ban on the popular mobile multiplayer game PlayerUnknown's Battlegrounds (PUBG) alleging that it hurts the religious sentiments of Muslims across the globe.

This comes barely four months after the Surat district administration imposed a ban on the game after reports of an increase in violent behaviour among children and youth addicted to the game emerged.

In a complaint filed at the Chennai Police Commissioner’s Office on June 3, the Islamic body compared PUBG to deadly online games like Blue Whale Challenge. Just like the Blue Whale Challenge led to tragic suicides of young players, the recent update in the PUBG game is causing anger amongst the global Muslim community, as it portrays an image resembling the Holy place ‘Kaaba’ and depicts it in bad light.

Kaaba is a holy building at the center of Mecca, the birthplace of Prophet Muḥammad. A video by social media page Kashmir Islamic along with the copy of the complaint was circulated on instant messaging platforms.

The video claimed that the March 29th, 2019 Anniversary Edition of the PUBG video game features an image of the Holy Kaaba, which appears at the player’s foot level and that bullets are fired upon it. It said that the game was disrespecting a holy site where lakhs and crores of people offer prayers.

The video urged devout Muslims to “Boycott PUBG” by deleting the game and reporting it. It also asks to share the video and spread the word about how the game insults Islamic religious sentiments. The video featured captions such as “#BanPUBG”, “True Muslim can’t live without deleting it” and “Stop PUBG”.

The Delhi Commission for Protection of Child Rights (DCPCR) earlier said that video and online games such as PUBG and Fortnite are harmful and have an adverse impact on the brain of children.