The ban on the game will come into effect from March 9.

New Delhi: The Surat district administration on Thursday imposed a ban on the popular mobile game 'PUBG' or PlayerUnknown's Battlegrounds. The decision to impose the ban on the mobile game was taken due to an increase in violent behaviour among children as well as youth, who were addictive to the game.

As per the administration, students were found neglecting their studies due to their addiction to the game.

The ban on the game will come into effect from March 9.

Here's the notification released by the Surat police commissioner: 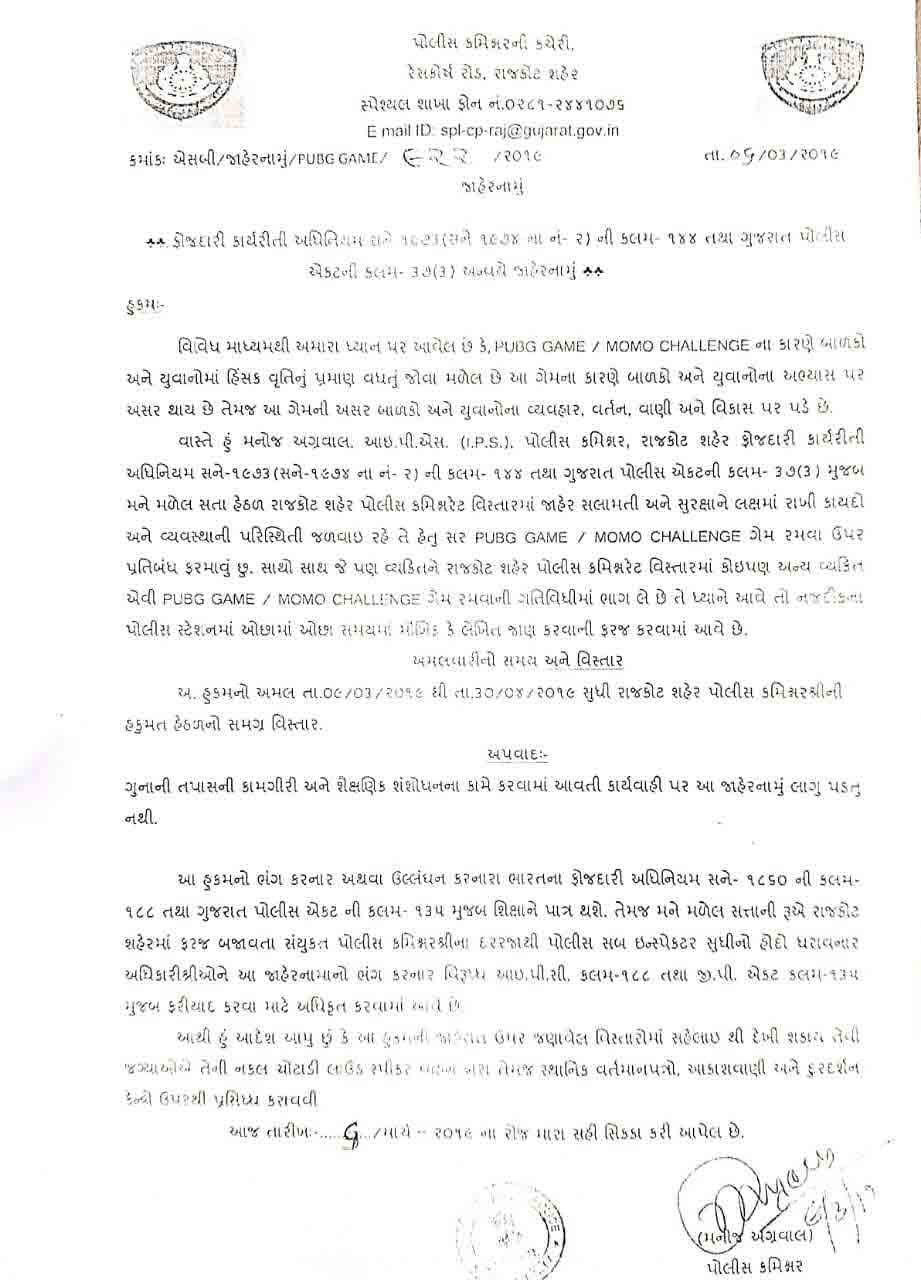 On Wednesday, a report said that PUBG Mobile had imposed a ban on the players who were below the age of 13. It said that the decision to ban the underage players comes from China's Tencent, developers of PUBG Mobile, and will only affect Chinese players.

In February, an 11-year-old kid from Maharashtra appealed to seven ministers and the Bombay High Court to ban PUBG Mobile on the grounds of immoral conducts such as violence, murder, aggression, addiction to gaming, looting and cyberbullying.

The DCPCR sent a notice to all schools in Delhi, warning about the effects of online gaming on kids. Besides PUBG, the note mentioned other popular online games such as Fortnite, Grand Theft Auto, God of War, Hitman, Plague Inc and Pokemon.

"There are several games in which children can murder zombies or drive vehicles at boisterous speeds. These games are full of misogyny, hate, deceit and vengeance and it may negatively impact their brain," the advisory board warned in its notice.

The advisory sent out to all schools in the country's capital is a preventive measure and in wake of the recent incidents in Gujarat and Mumbai, DCPCR member Ranjanna Prasad said. He urged schools and parents to watch out for signs like kids being withdrawn, lack in interest in activities they enjoyed, mood swings and sudden outbursts of anger as they could be caused from playing violent online games.