Is it a bird? Is it a plane? No, it’s a human flying 'Iron Man' like jet suit: WATCH

Gravity Industries is a UK-based tech company that is pushing the boundaries with jet suits for humans. Since its inception in 2017, Browning has been striving to design a suit capable of flying humans. 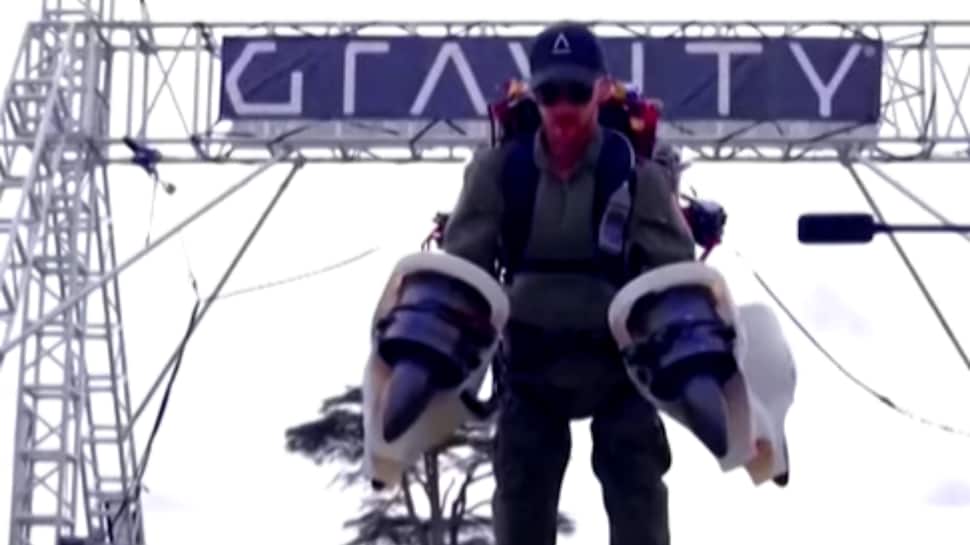 New Delhi: Humans appear to be closer to wandering in the sky wearing 'Iron Man' like jet suits, which could be the next generation of modes of transportation. Recently, founder and chief test pilot of Gravity Industries Richard Browning unveiled the first electric jet suit powered by a 1050 hp jet engine. Most importantly, the suit is powered by electricity.

For those uninitiated, Gravity Industries is a UK-based tech company that is aiming to push the boundaries with jet suits for humans. Since its inception in 2017, Browning has been striving to design a suit capable of flying humans.

The suit was unveiled at the Goodwood Festival of Speed motoring event in southern England where the electric 'E-Suit' was also flown for the very first time. "It is right on the margin of what's possible because of energy density and batteries. And yet we've actually managed to go and get it to work today," Browning said.

At present, the battery is able to power a human flight for a few seconds. A similar jet fuel-powered model is said to be offering a four-minute flight time. The suit can reach a top speed of 128 kmh and is said to be technically capable of reaching an altitude of 12,000ft. However, the test flights have been conducted at much lower altitudes. Also Read: Facebook rolls out new emojis with sound to spice up conversations

"The electric suit has enough power to run a small street of houses. It is phenomenal how much energy you need in a small form factor to get a human off the ground. And it really just brings home how much energy you have in gasoline and diesel or those fuels. So we're getting there and it'll only ever get better," added Browning. Also Read: Sensex, Nifty end flat after scaling fresh lifetime highs

With inputs from Reuters

Facebook rolls out new emojis with sound to spice up conversations