Xiaomi is all set to host another launch event for Indian customers on Friday (September 3). The Chinese brand will launch the Redmi 10 Prime smartphone in the Indian market, along with Redmi TWS Earbuds. 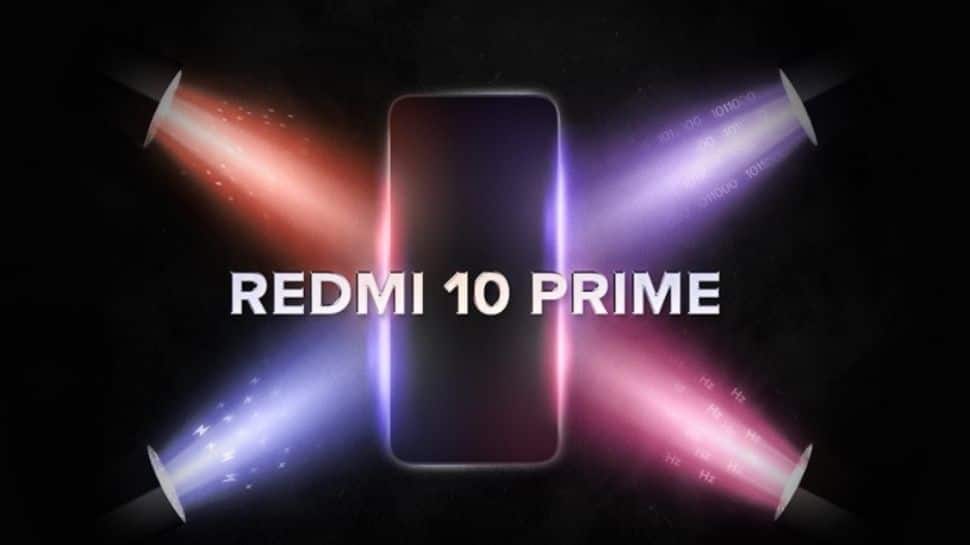 New Delhi: Xiaomi is all set to host another launch event for Indian customers on Friday (September 3). The Chinese brand will launch the Redmi 10 Prime smartphone in the Indian market, along with Redmi TWS Earbuds.

Redmi 10 Prime is expected to have a massive 6,000mAh battery that can also offer support for reverse charging. The upcoming smartphone will be powered by the MediaTek Helio G88 SoC processor which also powers the Redmi 10 smartphone.

Xiaomi has also teased several other features ahead of the much-awaited launch. These features include an adaptive refresh rate and a hole-punch display. The smartphone is also expected to pack dual microphones. Also Read: Airtel rolls out 3 new Disney+ Hotstar recharge plans ahead of IPL 2021 Phase 2: Price, validity, benefits

The 4GB RAM+ 64GB storage variant of the Redmi 10 Prime was launched globally at $179 which translates to around Rs 13,300. The 6GB RAM and 128GB variant storage model was rolled out at a starting price of $219 (around Rs 16,600). In India, the Redmi 10 Prime smartphone could be launched at a similar price point. Also Read: PNB urges NCLAT to quash Jet Airways rescue plan, here’s why

When will Xiaomi launch event start?

Xiaomi will be live streaming the launch event on YouTube. The event will begin at 12 noon.

Where to watch the Xiaomi launch event start?

You can watch the live stream of the event here:

You can also live stream the launch event of the Redmi 10 Prime and Redmi TWS Earbuds India on YouTube here: https://www.youtube.com/watch?v=5OKicnKH6Yk