A TRS functionary who happens to be a brother of an MLA thrashed a lady forest officer in presence of 30 policemen and 20 forest officials. 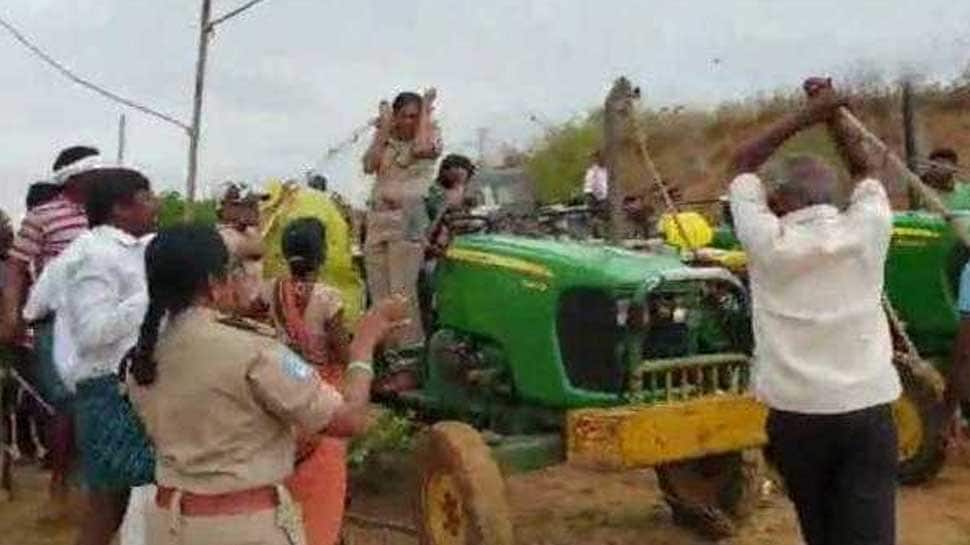 HYDERABAD: High on the power of the ruling party, in Telangana, a Telangana Rashtra Samithi (TRS) functionary who happens to be a brother of an MLA thrashed a lady forest officer in presence of 30 policemen and 20 forest officials.

The only mistake of the lady forest officer was she was doing her duty and trying to calm down the situation during an afforestation drive. Stunned by this development, the police top brass suspended two policemen and the working president of TRS, KT Rama Rao, son of Chief Minister K Chandrashekar Rao, tweeted wherein he ''strongly condemned the atrocious behaviour '' of his own partymen.

On Sunday morning between 8.30 am to 9.00 am Chole Anitha, forest range officer from Sirpur Kagaz Nagar in Adilabad district in northern Telangana, along with 20 colleagues from forest department and 30 policemen descended on Kotha Sarasala village which is surrounded by the forests for an aforrestation drive.

However, as soon as police and forest officials started to level the government forest land, one Koneru Krishna, brother of ruling TRS MLA Koneru Konappa, along with his supporters started hitting the officials because they were trying to plant trees which were being used for cultivation by the local people without the required ''pattas'' ( ownership papers ).

This plantation of trees programmes is a Telangana state government initiative to grow more trees which were earlier lost for ''Kaleshwaram Irrigation Project.''

Ironically, Chole Anitha was the only official who was seen trying to calm down the situation by getting on top of a tractor. However, Koneru Krishna, along with his supporters hit her with sticks. Anita fell down bleeding from her hand. She was rushed to a local hospital by her colleagues.

''I just tried to calm the situation but I never thought Koneru Krishna and his supporters would hit me badly,'' said a visibly shaken Anitha. 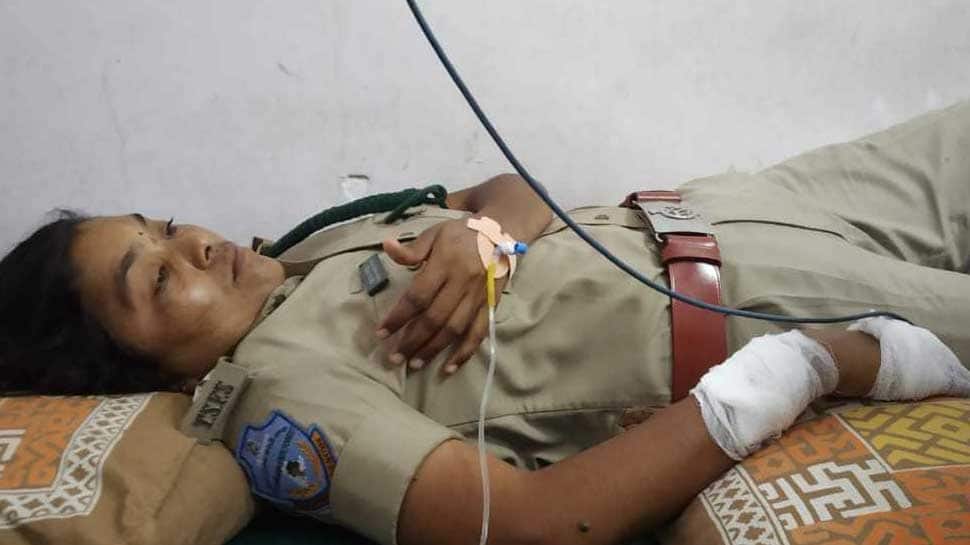 Facing severe flak on the incident the video of which went viral all over, the working president of TRS, KT Rama Rao tweeted, ''I strongly condemn the atrocious behaviour of Koneru Krishna who attacked a forest officer who was doing her job. He has been arrested and a case booked already. No one is above the law of the land.''

As part of damage control exercise, the Inspector General of police, Nagi Reddy was rushed to asses the situation. ''We came to the conclusion that the local DSP and the Inspector could not contain the situation and hence we are suspending both of them,'' he informed.