Krushna got teary-eyed and told Aarti that the whole family is very proud of her as she has played the game with utmost dignity. 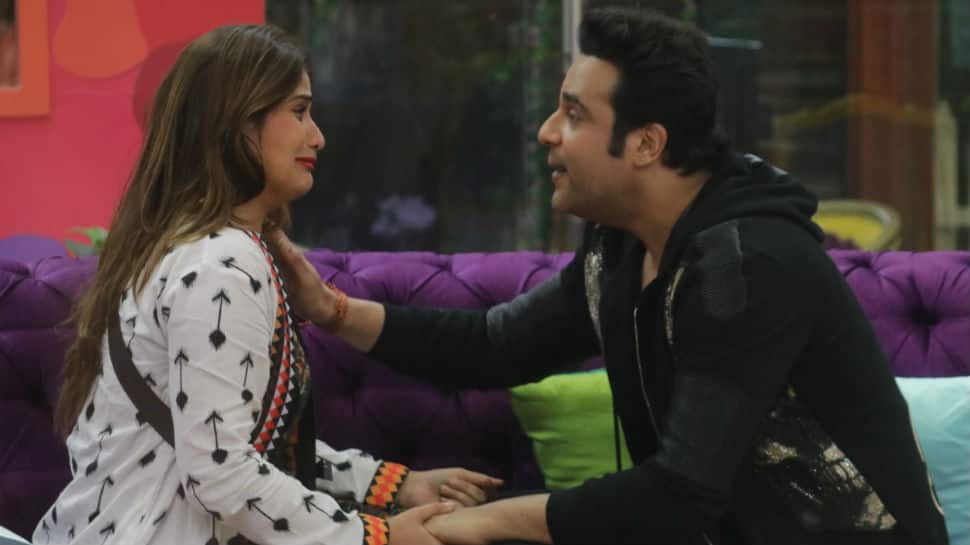 New Delhi: Wednesday was an emotional day for the contestants of 'Bigg Boss 13' with their family members paying them a visit for a task. After spending almost three months without seeing their loved ones, the housemates welcomed their family members with a lot of excitement.

The day, however, started with a major fight between Madhurima and Vishal. Even after several warnings from Bigg Boss and Salman Khan, they abused and hit each other. It all started when Rashami requested Vishal to make some tea. Madhurima, too, asked Vishal to make tea for her but he refused and said that he will make tea only for Rashami. Asim asked Madhurima to make tea instead but she retorted by saying that Vishal is incapable to do anything alone and always seeks support. Madhurima took the opportunity to tease Vishal and called him 'behenji', which agitated Vishal. Furious over Madhurima's behaviour, Vishal threw water on her and she retaliated by splashing him with water, too. Despite a warning by Bigg Boss, they continued to do so and the fight turned ugly after Madhurima started hitting Vishal with a pan. Rashami and Aarti intervened and stopped them.

Soon after, Bigg Boss announced that the fight between Madhurima and Vishal was completely unacceptable and the two will be punished over the weekend. In the meantime, Bigg Boss said that Madhurima and Vishal will be put in two separate lockers. Vishal retaliated and said he will not take the punishment and is ready to leave the house. Rashami and Asim tried to stop him but he remained adamant. However, he was convinced later and said he would stay back.

It was now time to announce the next captaincy task - 'Jaadugarni Ki Pariksha'. Shehnaz, Mahira, Shefali and Aarti were locked in a setup that resembled a haunted forest. At regular intervals, some members would enter the house and if the contestants leave the block, they will have to give up on the captaincy. The other housemates had to stay remain in the freeze position until the person is in the house.

As the first doorbell rang, Aarti's brother Krushna enters the house and called her out. Aarti quickly ran towards him and hugged him tightly. The brother-sister duo had an emotional conversation as Krushna got teary-eyed and told Aarti that the whole family is very proud of her as she has played the game with utmost dignity. Krushna's kids had also come to meet Aarti and her happiness knew no bounds.

The task will continue on Thursday as well.

Bigg Boss 13: Parag Tyagi lashes out at Asim for misbehaving with Shefali