Bigg Boss 15 contestants Umar Riaz and Pratik Sehajpal have not shared a good relationship since the beginning of the show. 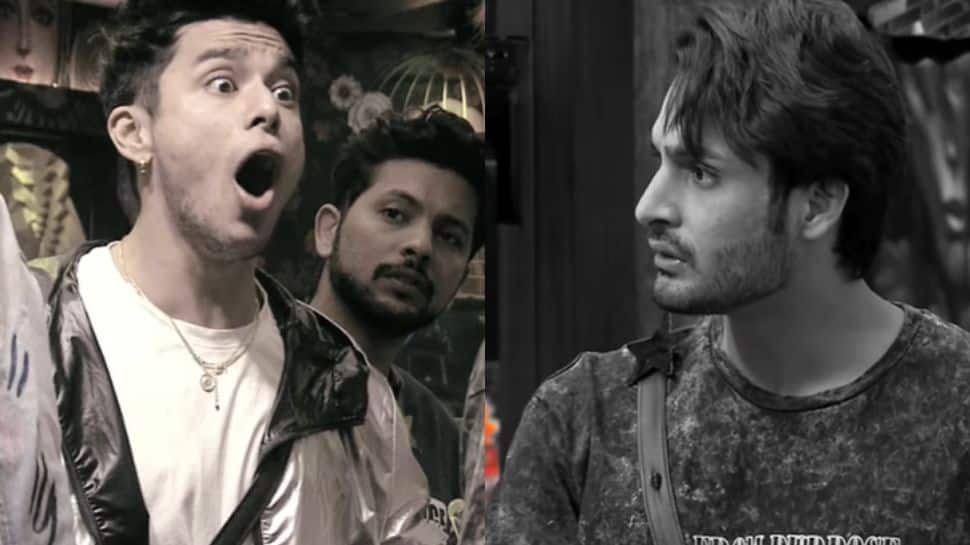 New Delhi: In the latest episode of Bigg Boss 15, Pratik Sehajpal and Umar Riaz again locked horns after arguing over kitchen duties. The two got in a heated argument but had the presence of mind to not indulge in a physical fight.

At the beginning of the episode, Vishal Kotian talked about getting into the VIP section.

Later, we saw Shamita Shetty expressing that she is still bitter about Nishant Bhat's action during the previous task.

Nishant Bhat was seen talking to Vishal, Karan and Pratik asking them about their alliances. The conversation he had with Pratik turned into a discussion with all the VIP members such as Tejasswi Prakash, Karan Kundrra, and Umar Riaz.

Rajiv slyly tried to listen to their conversation by placing his ear against the door and was able to tell his insights to the other housemates such as Neha and Shamita.

Rajiv told Shamita Shetty that her 'brother' Vishal Kotian did not bring up her name for captaincy.

After this conversation, Shamita told Vishal that people don't trust him especially Neha.

Since the VIP contestants were getting more groceries than the other housemates, Bigg Boss gave the latter an opportunity to earn luxurious food items.

At the end of the golden eggs task, Jay Bhaushali, Shamita, Rajiv got luxurious, special items.

Pratik Sehajpal had a huge fight with Umar Riaz over kitchen duties and the two exchanged heated words in their interaction as well.

Apart from Pratik, Umar has an argument with Shamita as well.

Meanwhile, Neha Bhasin told Karan Kundrra that she didn't like the way he was playing the game in the Bigg Boss 15 house and bashed him for snickering at her. For more updates keep watching this space for all the Bigg Boss 15 updates.