Jasmin Bhasin opens up on her battle with suicidal thoughts, says 'you need to accept yourself the way you are'

Jasmin Bhasin of Bigg Boss 14 fame recently opened up about her difficult battle with suicidal thoughts and how she overcame them. 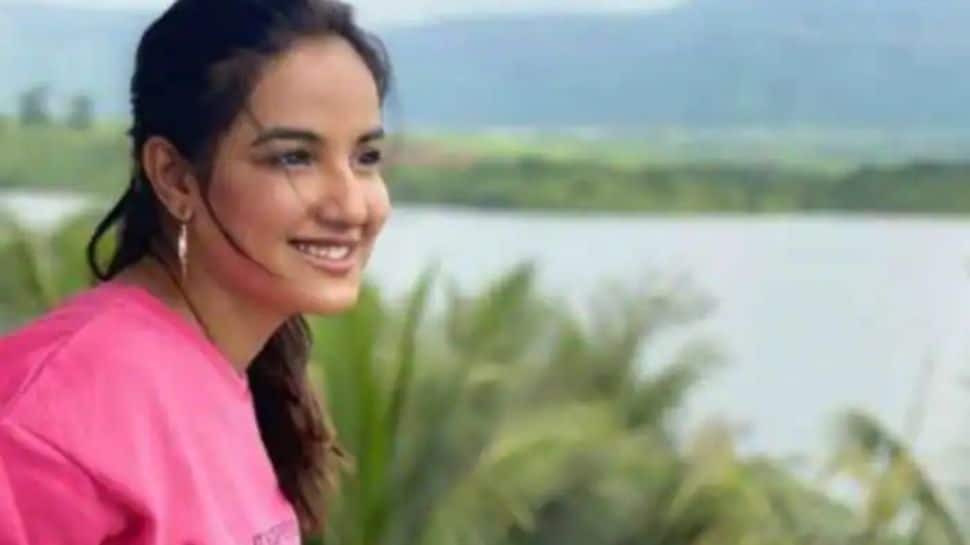 New Delhi: TV actress Jasmin Bhasin is quite popular on social media especially after her stint in the controversial reality TV show Bigg Boss 14 and she often shares her personal life experiences with fans.

In a recent interview, the actress opened up about her battle with suicidal thoughts, learning to love herself, and self-acceptance. When asked what brought her back from that dark zone of negative thoughts, she spoke in length about how she had to learn to accept her flaws to overcome that mental 'battle' with herself.

She told Bollywood Bubble, "See I went through that zone long ago in my life when I came to Bombay and obviously I was struggling and I think the battle, woh ladai meri khud ke saath thi, kahi na kahi, I was losing confidence in myself I thought I'm flawed, my skin has flaws, I don't look good and that's why I face rejections every day."

"For me the learning point is you known you need to end that battle with yourself first, you need to accept yourself the way you are, otherwise we will all look like same dolls in a toy shop. As long as you feel confident about yourself and have this determination that - This is what I want to do, I will make sure I do it, at least I will give my 100% so that I do not feel guilty that I did not make that attempt, nothing, and nobody can stop you,” she added.

She advised fans that the only way to emerge victorious from negativity is to 'win the battle with ourselves'. She said, "I think the only thing that stops us is that battle that we have with ourselves where we start questioning ourselves. The day we end that battle we win because sabse zyada jaroori hota hai khud se jeetna."

On the work front, Jasmin recently featured in a music video for the song 'Tu Bhi Sataya Jayega' sung by Vishal Mishra along with her beau Aly Goni, The video was released on April 27 and fans really enjoyed their collaboration.

TV actress Jasmin Bhasin is best known for portraying her roles in 'Tashan-e-Ishq' and 'Teni in Dil Se Dil Tak'.