In tonight’s episode, Prachi goes to college and sees Ranbir. His friend says he will leave now so Ranbir can go talk to Prachi. 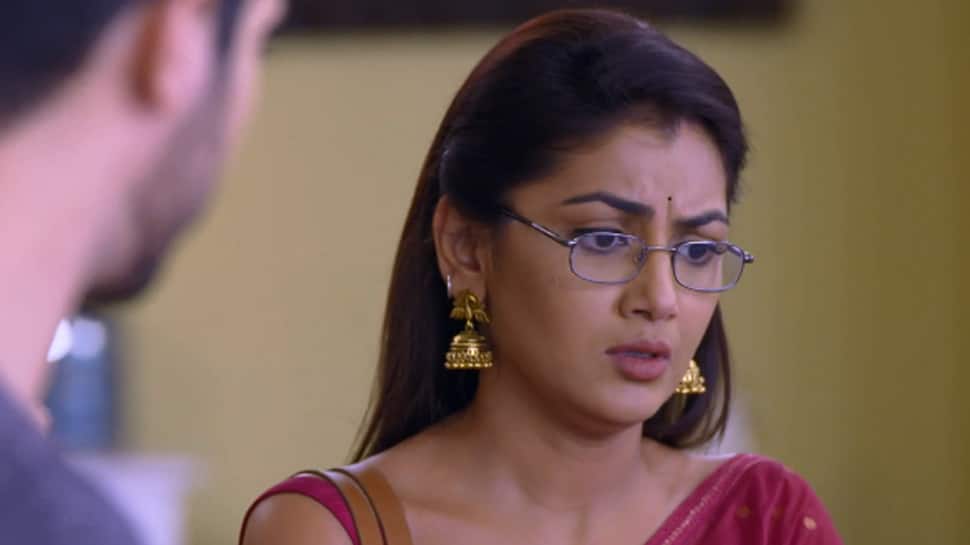 New Delhi: In the episode, Pragya wants Abhi and Prachi to meet soon. When Pragya notices that no one is at home, she hugs Abhi. Sarita from a distance watches the two hugging but can only see Pragya and not Abhi. Out of curiosity, she follows Abhi to see his face but cannot do so. Rishi takes Shahana out so that Pragya and Abhi can be together. When Priyanka watches the two, she argues with Shahana.

In tonight’s episode, Prachi goes to college and sees Ranbir. His friend says he will leave now so Ranbir can go talk to Prachi. Ranbir says again that there is nothing going on between him and Prachi. His friend says some other guys are thinking of dating Prachi, but Ranbir stops him from letting any other guy date Prachi.

He takes Prachi to the computer lab and tries to tell her that they should not talk in college or outside office anymore. Prachi readily agrees with Ranbir. He tries to explain why he is asking her to do this. However, Prachi doesn’t let him talk. Ranbir holds her and threatens to kiss Prachi which stuns her into silence.

Ranbir says people think he and Prachi are dating. Prachi wants to know who said that. Ranbir says that he handled it already but he doesn’t want more people thinking that way. Priyanka and Rhea are driving when Rhea tells her why she is angry at Abhi. Priyanka asks her to focus on getting rid of Prachi now and deal with Abhi later.

Priyanka tells Rhea to forgive Abhi for hurting her. She asks Rhea to convince Abhi to have a Diwali party and invite Prachi and her mother too. When Rhea goes home Abhi apologises to her by giving her tickets to go to Europe. Rhea immediately forgives him.

Shahana returns home with Rishi and tells Pragya and Sarita how she fought with Shahana. Prachi tells Shahana to not get into fights with Priyanka. Later Pragya tells Rishi that she is afraid for him and Shahana now. Will Pragya and Prachi fall for Shahana and Rhea’s plan? Watch the episodes next week to find out.