In tonight’s episode, Rakhi takes Sherlyn in another room and slaps her. She accuses Sherlyn of purposely trying to stop Preeta’s wedding. 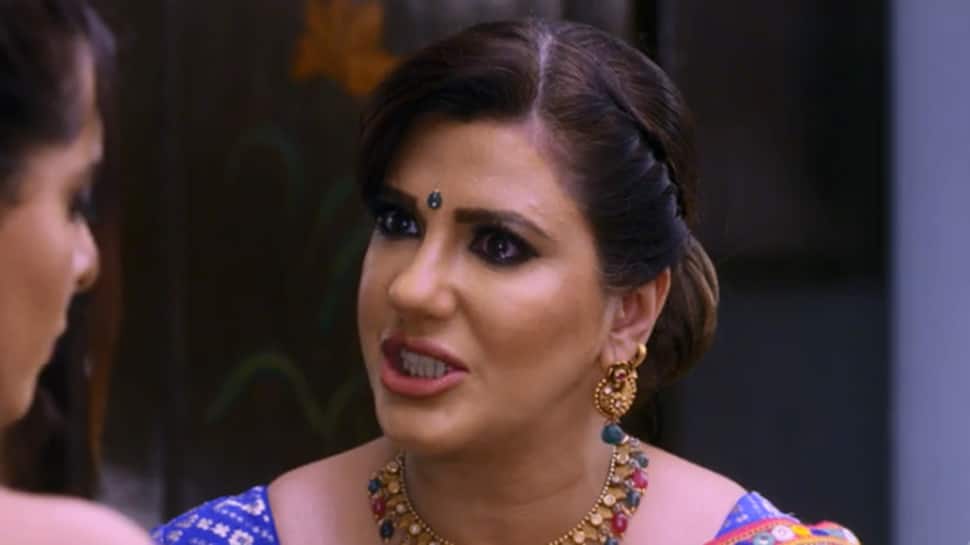 New Delhi: In the episode, Sammy calls Rakhi and tells her about Preeta and Sherlyn. Rakhi then takes the original necklace with her to prove that Preeta is innocent. Sherlyn meanwhile calls Karan thinking that he is Prithvi but he doesn't answer. The police after finding out the truth decide to arrest Sherlyn, but Preeta saves her and asks the cops to not take her in custody. She does this only to make sure that Rakhi is not embarrassed.

In tonight’s episode, Rakhi takes Sherlyn in another room and slaps her. She accuses Sherlyn of purposely trying to stop Preeta’s wedding. Rakhi says she knew the necklace was in Sherlyn’s room. Sherlyn claims it was a mistake and apologises to Rakhi. Instead, Rakhi asks her to apologise to Sarla and her family.

Srishti takes Sammy aside and thanks him for saving Preeta. However, she says that they have to both stop the wedding. Sammy asks Srishti to come up with a plan to stop the wedding and promises to help her. Sherlyn comes out to apologise to Sarla. However, Sarla refuses to accept her apology.

Sherlyn wants to apologise and continue being at the wedding so she can stop it. However, Sarla orders Sherlyn to leave the house. Sherlyn begs them to let her stay but Rakhi and Biji take Sherlyn away. Rakhi promises to stay with Preeta till the wedding is complete.

Biji takes Preeta back to the room. Srishti is there too and she is surprised to hear that Rakhi made Sherlyn leave the house. Srishti tells Preeta to delay the wedding a little so she doesn’t have to marry Prithvi. Biji knows that Karan is behind the sehra and asks her to hurry up and go to the mandap.

Sarla is suspicious of seeing Biji’s excitement. Biji tells Sarla that she is impressed by the way Prithvi tried to ask the inspector to stop the wedding. Srishti is doubtful about Biji’s excitement too. She wants to find out what’s wrong. Will they find out Karan is marrying Preeta? Stay tuned to find out.