In tonight’s episode, Prithvi wakes Karan up to see him dressed as the bridegroom. 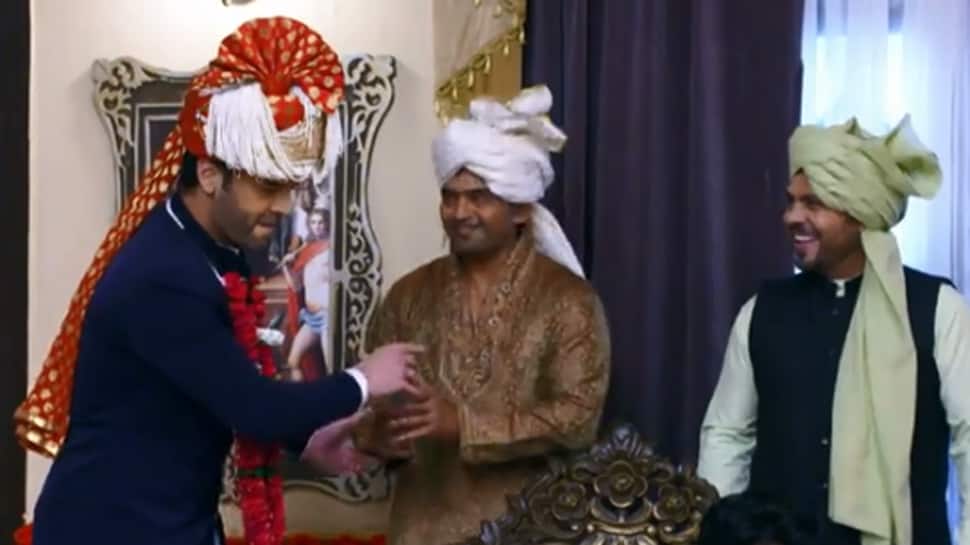 New Delhi: In the episode, Prithvi ties Biji and puts her in the cupboard. Srishti hears a knock on the door but can't find anyone. While the pheras continue, Prithvi sprays something in the fire which creates smoke everywhere and in that confusion, he sneaks out Karan by hitting him and takes him in another room. Rishabh tries calling Karan and in that distraction meets with an accident. He gets hit on the head.

In tonight’s episode, Prithvi wakes Karan up to see him dressed as the bridegroom. He asks Karan to congratulate him on going back to the mandap. Karan refuses to do so and goes unconscious again. Rishabh is also taken to the hospital unconscious. The man who banged Rishabh’s car tries to call the family but find the phone cracked.

Prithvi hides Karan behind a bed. Srishti calls up Karan to ask him to kidnap Preeta and take her away. Prithvi has Karan’s phone and cuts Srishti’s call. She decides to see Prithvi’s face since the pandit had said it will bring bad luck if anyone saw the bridegroom’s face. When she gets there she finds Prithvi’s men standing there.

Srishti asks them where Prithvi is. Karan tries to get Srishti’s attention but he is all tied up. Prithvi appears from behind the bed to talk to Srishti. When she only insists on seeing his face Prithvi realises that Srishti didn’t know that Karan was marrying Preeta. He still thinks Preeta knew she was getting married to Karan.

Prithvi makes Karan unconscious and goes back to the mandap. Rishabh wakes up in the hospital. The doctors want to give him an injection. He refuses to take an injection. Instead, he asks them to put a bandage on and let him go. Rishabh plans to reveal Prithvi’s truth. Will he succeed in his plan? Stay tuned to find out.