In tonight’s episode, Prithvi tells Karan to leave the house and not show his face around her anywhere. 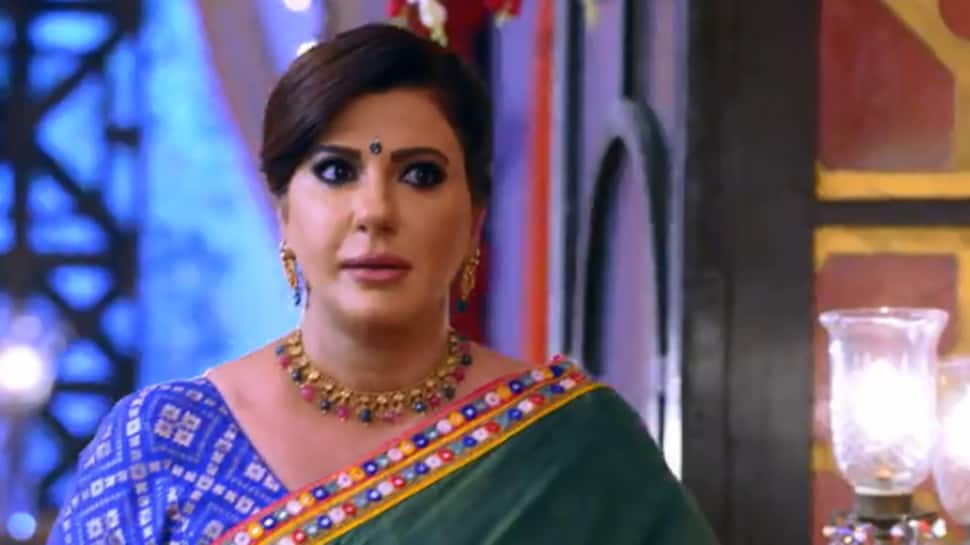 New Delhi: In the episode, when Sherlyn tries to leave the Luthra house, her mother Sanjana drops in to meet, who tells her that she should not let Prithvi marry Preeta. Sherlyn then asks her mom to plan a strategy for leaving the house. Karan comes to Luthra house and on the other hand, Srishti ruins Prithvi's wedding attire.

Prithvi rushes to the washroom and there he meets Karan.

In tonight’s episode, Prithvi tells Karan to leave the house and not show his face around her anywhere. Karan tells Prithvi that he is here to talk about Sherlyn. Sanjana tries to stop Sherlyn from going behind Prithvi. Sherlyn continues to call Prithvi on his phone which he left behind at the mandap.

Srishti finds the phone and answers the call. Sherlyn begins scolding Prithvi on the phone for marrying Preeta even after she ordered him not to. Sherlyn is shocked to find out Srishti is on the phone. Srishti taunts Sherlyn about not being able to stop Prithvi’s wedding. She hopes this will instigate Sherlyn to stop Prithvi and Preeta’s wedding.

Karan enters Prithvi’s room and tells him that he is here to discuss Sherlyn. Karan asks Prithvi why is he not answering Sherlyn’s calls. Prithvi diverts Karan’s question saying it’s not good to link his sister-in-law with other men. Karan tells Prithvi he will get Sherlyn out of his house and promises to get Prithvi out of Karan’s life too.

Prithvi tells Karan he won’t be able to do anything even if Prithvi himself had sent Mahesh in a coma and framed Preeta for it. Prithvi also says Karan is here out of jealousy since he is in love with Preeta. Rakhi also enters the wedding hall and meets Sarla there. She apologises to Sarla for insulting Preeta earlier.

Sarla accepts Rakhi’s apology and allows her to meet Preeta and give her blessings. Preeta is overjoyed to see Rakhi and hugs her in tears. Will Rakhi find Karan at Preeta’s wedding? Stay tuned to find out. Watch the latest episodes of Kundali Bhagya, now streaming on ZEE5.