In tonight’s episode, Rakhi tells Preeta she wanted to bring everyone from her family to the wedding. 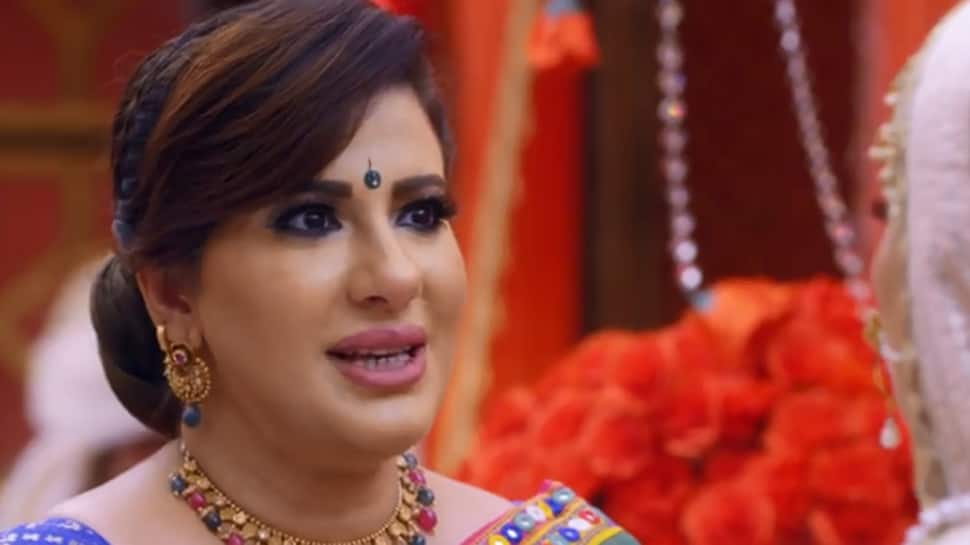 New Delhi: In the episode, when Prithvi asks Karan to leave the wedding, he, in turn, questions him to answer Sherlyn's calls. Srishti notices Sherlyn's phone call on Prithvi's mobile. She takes up the call and incites Sherlyn about Prithvi's wedding, hoping that she will come and stop it. Rakhi attends Preeta's wedding and apologises to Sarla, and she, in turn, forgives her.

Prithvi continues to argue with Karan. He accuses Karan of being jealous of Prithvi and in love with Preeta. Karan promises Prithvi to stop the wedding. Prithvi taunts Karan for not being able to do anything to stop the wedding. Karan gets angry and fights Prithvi. During their fight, Prithvi holds Karan in a chokehold to kill him.

Srishti tells Sammy that she needs his help in stopping the wedding. Sarla hears her daughter and demands to know who she is talking to. Srishti pretends that he phone is spoilt. Sarla takes away Srishti’s phone since it is spoilt and asks her to help Prithvi clean his sherwani and get back to the mandap.

Karan gets angry when Prithvi describes how he will plant Karan’s death as a suicide and spend a honeymoon with Preeta. He beats up Prithvi and makes him unconscious. Karan panics when he becomes unconscious. He calls up Sammy asking for help in dealing with Prithvi after taking off Prithvi’s clothes.

When Srishti goes to call Prithvi downstairs she knocks on the door. Karan places Prithvi’s body on a chair and hides behind it. When Srishti enters in she finds Prithvi sitting in his boxers. She hides her face and asks him to come down when he is ready. Will Karan manage to stop Preeta’s wedding? Stay tuned to find out.