In tonight’s episode, Karan remembers all his memories with Preeta before putting the ring on Mahira’s finger. 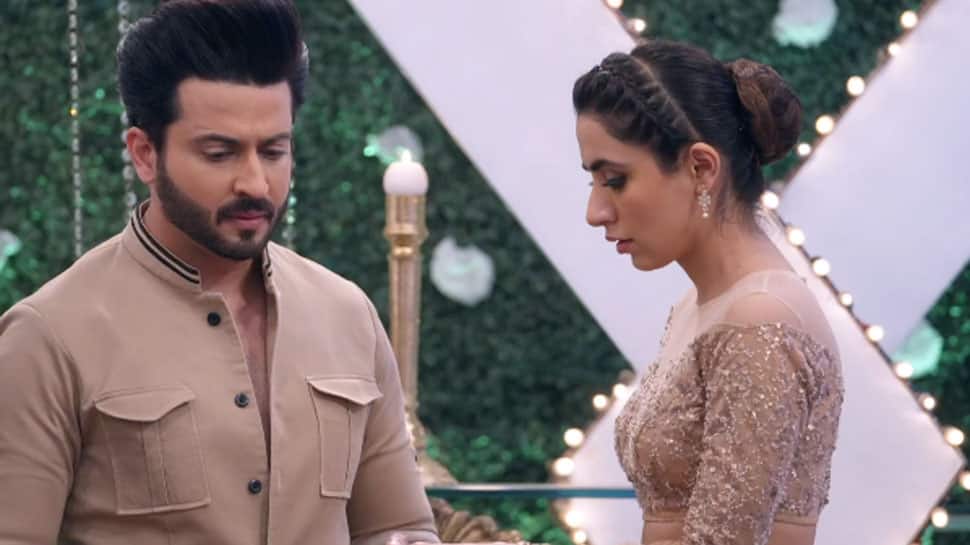 New Delhi: In the episode, Kareena calls the cop and rebukes Preeta and Srishti for trying to stop Karan and Mahira's engagement. Karan, meanwhile, asks Preeta the real reason behind her actions. She says that it was out of revenge and nothing else. The cops come to arrest Preeta but Karan tries to stop them. He takes his engagement ring from her. Preeta insists on going to jail. She then calls her mother Sarla to help out. Karan is in two minds whether to put the ring on Mahira's finger or not. He can't stop thinking about Preeta.

In tonight’s episode, Karan remembers all his memories with Preeta before putting the ring on Mahira’s finger. He remembers how Preeta insulted him that day and puts the ring on Mahira’s finger. Mahira too rushes to put a ring on his finger and the engagement is complete. Rakhi gives Karan sweets but he doesn’t look happy. Mahira, on the other hand is too happy to see how upset Karan is.

Sarla goes to the police station and finds Preeta and Srishti there. She looks sternly at them but then decides to speak to the police first. The police taunt her saying that Preeta and Srishti tried to break someone’s engagement. Sarla says he doesn’t know the whole story so he should not comment. Sarla pays bail and frees her daughters but she decides to get teach them a lesson at home.

Mahira is happy about her engagement. She asks her mother, Ramona, to not inform her father about it. Ramona is not too happy with Karan’s engagement, but Mahira doesn’t listen to her. Rishabh scolds Karan for not stopping the police from taking Preeta away. Karan refuses to accept his mistake and Rishabh decides he cannot take Karan’s side anymore.

Preeta cries at home in bed. Srishti apologises for what happened that night. The next morning Sarla refuses to talk to Preeta or Srishti but they both manage to convince her that they did nothing wrong. Preeta’s neighbour comes home with a wedding card. She begins taunting Preeta about her failed marriage to Karan and then Prithvi. How will Preeta respond? Stay tuned to find out.