In tonight’s episode, Srishti has ruined Mahira’s face with the make up she puts. 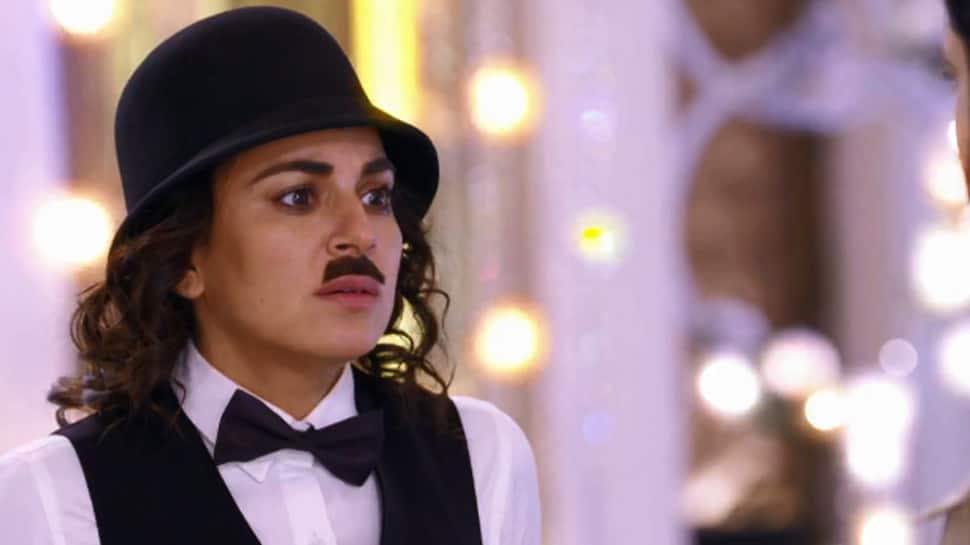 New Delhi: In the episode, Rakhi gets to know that Preeta never married Prithvi. Srishti dresses up as Japanese beautician to enter Luthra House. Rakhi has a feeling about Karan stopping Preeta's wedding. Preeta gets a call from friend who needs her help in the catering service at Karan's engagement. She finds out that Srishti is already present at the Luthra House.

In tonight’s episode, Srishti has ruined Mahira’s face with the make up she puts. Mahira goes the bathroom to clear her face. Srishti waits outside to find an excuse to delay Mahira when she comes out. Mahira scolds Srishti from the bathroom but she is pretending to be Japanese and acts like she doesn’t understand anything.

Preeta enters the house as a waiter and begins looking for Srishti. Karan notices the waiter and asks for a glass of juice. Preeta hides her face to avoid looking at Karan but he follows her. Prithvi is in Sarla’s room regretting giving her the pill which gave her a heart-attack. He feels if Sarla was alright he would have married Preeta again. When Sarla goes to sleep Prithvi sneaks inside Preeta’s room.

He is upset to find her missing. While avoiding Karan, Preeta turns and bumps into him directly. Juice spills on Karan’s clothes and Preeta apologises. When Karan asks her name she says Preeta, before realising her mistake and saying Preetam. Karan doubts if this is actually Preeta but then gets into an argument with Preeta as a waiter too.

Srishti hears that Mahira is almost done cleaning up. She plays loud music and locks Mahira in the bathroom so no one can hear her. Karan enjoys talking to the waiter. He meets his mother Rakhi who asks him if he is happy with the engagement. Karan is surprised that he is actually feeling happy but doesn’t know why. Will Karan realise he is talking to Preeta? Stay tuned to find out.