In tonight’s episode, Karan bumps into one of the terrorists and notices a gun in his bag. 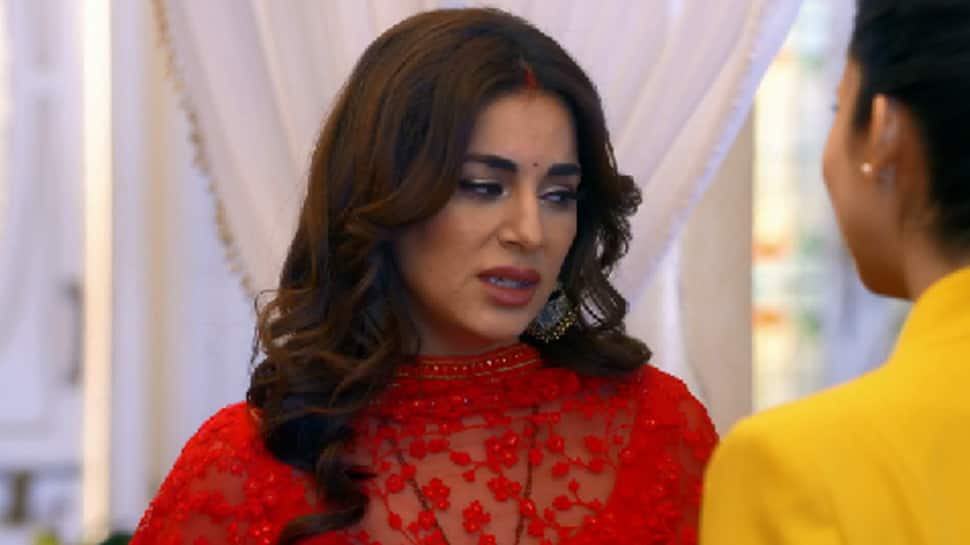 New Delhi: Karan meets his ailing father Mahesh, who is in a state of coma. He confesses in front of his father about everything and how he married Preeta just to take revenge for she did to him. He breaks down while narrating his story. Meanwhile, Sherlyn calls Prithvi and asks him to find a matchmaker who will find a bride for Karan. Preeta gets a call for a new job and goes along with Janki for the meeting. Karan, on the other hand, heads to a hotel for a team meeting. However, four armed men break into the hotel and create havoc. Prithvi sees Karan at the hotel and calls his own people.

In tonight’s episode, Karan bumps into one of the terrorists and notices a gun in his bag. The terrorist gets in a fight with Karan but his men take him away. Preeta also shows up in the hotel’s parking lot and goes for her interview. Janki Bua who is with Preeta notices Karan’s car in the parking lot too. She wonders if Preeta is meeting Karan.

Janki thinks Preeta doesn’t know Karan is there. Janki wants to speak to Karan herself but she decides to not face Karan because Preeta wouldn’t want that. Prithvi calls his man to find out where he has reached. When Prithvi’s goon reaches he meets him in the parking lot. He has brought a gun to get Karan.

Preeta reaches the hotel lobby where she sees Karan. Preeta turns around and is ready to leave. Preeta bumps into Nitya (Divyanka Tripathi) from ‘Cold Lassi Aur Chicken Masala‘ who are old friends. They talk about her restaurant and her past love Vikram (Rajeev Khandelwal). Preeta and Nitya both feel left alone by the men they loved.

Prithvi’s goon tries to bride the guards and take his gun past them. Instead, he gets arrested and taken away. The terrorists who were already present earlier, plan to steal the jewellery and precious things from the royal king Harshvardhan who is a special guest at the hotel.

When Nitya leaves, Preeta meets Renuka Sharma who takes her interview in the hotel lobby itself. Renuka’s son notices Karan Luthra at the hotel. He asks his mother to ask Karan Luthra to come to their table. Preeta looks worried. What happens when Preeta comes face-to-face with Karan? Stay tuned to find out.

Watch First Premiere of 'Holmes and Watson' on &flix