In tonight’s episode, Kareena tells Rakhi she betrayed her own husband by blessing Prithvi and Preeta. Rakhi apologises for what she did without knowing the truth. 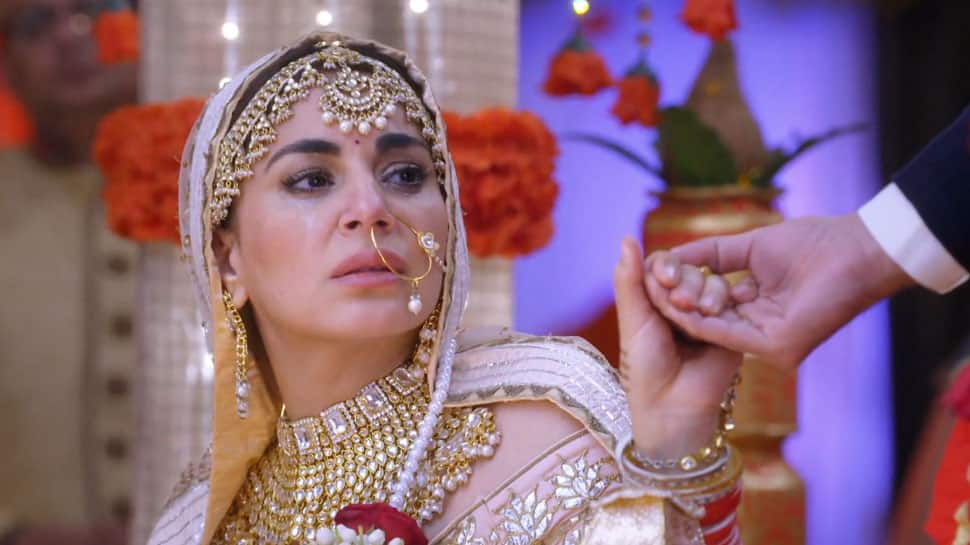 New Delhi: In the episode, Rishabh promises to never see Preeta again. When Prithvi gets ready to marry Preeta, Karan makes him unconscious yet again. Karan then replaces Prithvi at the mandap. Rakhi attends Preeta's wedding but Kareena and Daadi stay at home. The wedding ceremony starts with the jaimala and Karan-Preeta exchange garlands.

In tonight’s episode, Kareena tells Rakhi she betrayed her own husband by blessing Prithvi and Preeta. Rakhi apologises for what she did without knowing the truth. She says she hates Preeta now. Daadi is upset that Prithvi is roaming freely and blames Preeta for it. Sherlyn overhears this and smiles because her plan worked perfectly.

Rishabh returns home and promises to put the real criminals like Prithvi in jail. He sees Sherlyn standing behind a pillar and asks her to stop hiding and hearing what’s going on. Rishabh goes back to his room where he apologises to comparing her to Preeta. He asks Sherlyn to demand her place in the house which makes Sherlyn happy.

While taking the saat phere Preeta thinks about Karan. She realises that Karan is longer her friend so her dreams of getting married to him are pointless. She decides to settle down with Prithvi. Karan believes that Preeta was meant to be his wife and he gets emotional. Will Karan drop his idea of taking revenge on Preeta? Stay tuned to find out.

Grab your popcorn buckets because &flix just dropped the A to Z of movies!