In tonight’s episode, Daadi and Kareena scold Karan for marrying Preeta, but Rakhi is scolding him for abandoning Preeta. 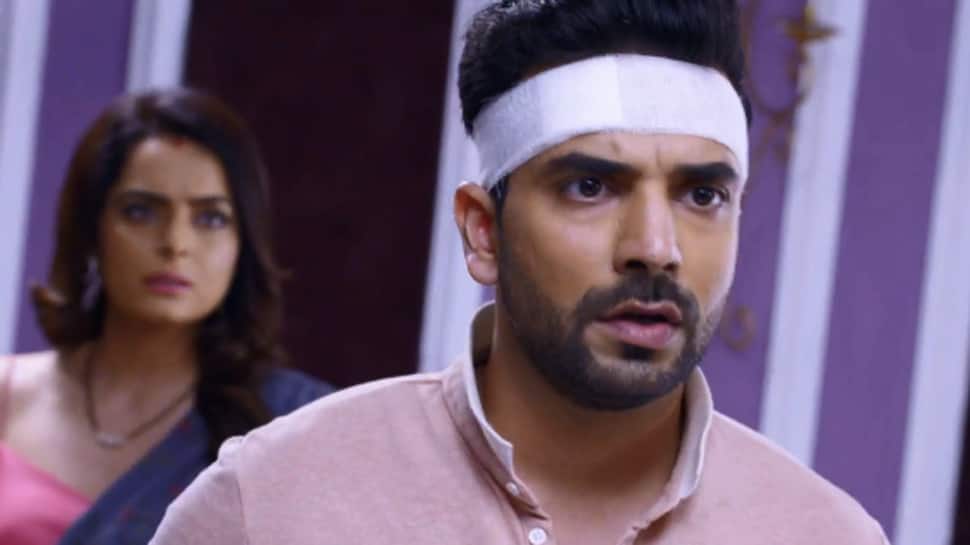 New Delhi: In the episode, after cursing the Luthras, Sarla leaves their house. Meanwhile, Sherlyn meets Prithvi and tells him that Karan has abandoned Preeta. She slaps Prithvi for letting Preeta and Karan 's wedding take place in the first place. On hearing this, Prithvi thinks Preeta will now come back to him seeking help. When Karan is confronted about his wedding at home, he confesses and says that he did it only to take revenge. Rakhi slaps him hard on hearing this.

In tonight’s episode, Daadi and Kareena scold Karan for marrying Preeta, but Rakhi is scolding him for abandoning Preeta. Karan tells Rakhi that Preeta doesn’t deserve her love. Karan reminds everyone he married Preeta for revenge. Mahira and Kritika walk back into the hall and Mahira is shocked hearing this.

Karan walks away saying he doesn’t regret anything he did. Preeta is at home and she can’t understand why this happened to her. She cries blaming herself for being friends with Karan. Sarla asks her to cry as much as she wants but the next morning she wants Preeta to get up and fight back against life.

Mahira asks Kritika to ask Karan to find out why he is punishing himself. She tells Kritika to tell Karan that he ruined Preeta’s life. Kritika asks Mahira to speak to Karan himself since she is so concerned with him. Mahira decides to speak to Karan but he is drinking in his room thinking about Preeta.

While Karan drinks himself to sleep, Preeta cries herself to sleep. The next morning she wakes up and finds she is still at the wedding saree and begins crying again. At the Luthra house, Sherlyn wakes Rishabh up and tells him that Karan married Preeta and left her that same night. Will Rishabh talk sense into Karan? Stay tuned to find out.