With this series, LF originals have successfully managed to get a special mention award at the Video Media Awards and Summit 2020 under the best-branded video content for 'Street foodz of India' with Ruchi Soya. 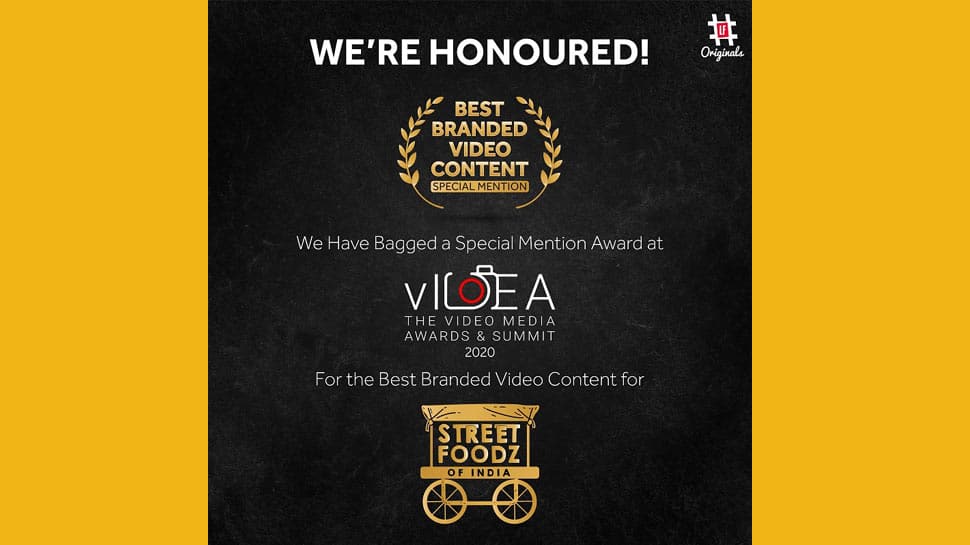 Street food is an essential part of our culture and lifestyle, with every city having its own unique dish. Considering the fact that people always question the health factor of these dishes, Ruchi Soya was a perfect plug-in to make these healthier.

LF ORIGINALS, a digital extension of Living Foodz which produces digital original content along with host Tanvi Shinde, led a 5 City tour to local food joints and shot a total 10 episodes, two for each city, to reinvent the popular street-side snack using a healthy twist with Nutrela by Ruchi Soya.

With this series, LF originals have successfully managed to get a special mention award at the Video Media Awards and Summit 2020 under the best-branded video content for 'Street foodz of India' with Ruchi Soya.

With the success of the show, here's what the Living Foodz Business Head-Amit Nair has to say: “#LF has been at the forefront of doing innovative content in the digital space for a while now, with this partnership with Nutrela we bring to our audiences some lip-smacking street foods across the country while focusing on healthy options as a new way of enjoying your favourite snack.“

Here's what Darshan Panchal-GM (Marketing) of Nutrela has to say about this venture: “Street food is an integral part of our culture and life, with every city having its own unique dish which is thoroughly enjoyed by its people and tourists. We along with the #LF team wanted to bring these recipes to each and every household in the country by giving it a healthy twist. Nutrela Soya is not only the highest source of protein but its versatile property makes it seamlessly blend with any vegetarian dish so that people can enjoy their favourite street food without really worrying about their health. These street food videos are the testimony of Nutrela Soya's healthy & tasty proposition.”