My role in Quantico was not written for an Indian Girl: Priyanka Chopra

Bollywood actress Priyanka Chopra has become a global icon now. From having hit TV series to Big budget Hollywood movies, she has seen it all. 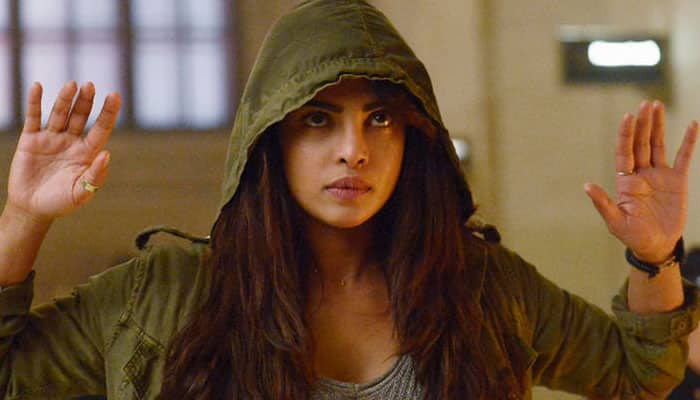 New Delhi: Bollywood actress Priyanka Chopra has become a global icon now. From having hit TV series to Big budget Hollywood movies, she has seen it all.

While talking to Cameron Bailey at Toronto International Film Festival, she shared that the role of Alex Parrish was not written for her.

The ' Bajirao Mastani' star also shared the difficulties women have to face in the film industry.

She noted, "I've had people take away films from me because I might not have agreed with them. Once I was asked not to be a part of a cast because I was too ethnic. I didn't realize how hard it was until I came to North America."

The actress also shared that she took the opportunity to work in Hollywood as she wanted to break the ceiling for actors that looked like her.

The ' Gunday' actress kept her fans posted on social media by sharing a few pictures from the event.

The 35-year-old actress looked elegant in a sleeveless black dress with a thigh-high slit. She was there to present her Sikkimese film, ' Pahuna: The Little Visitors'.