'Sacred Games 2' trailer out, to stream on August 15

The trailer of Sacred 'Games 2' introduces some new faces including Ranvir Shorey and Kalki Koechlin. While Saif Ali Khan, Nawazuddin Siddiqui and Pankaj Tripathi, who were seen in the first season, will reprise their roles. 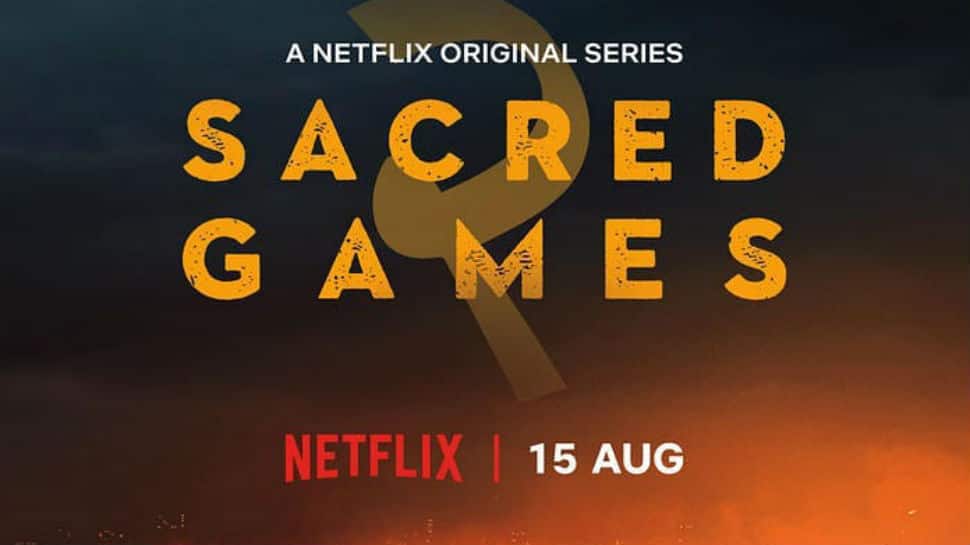 New Delhi: The wait is finally over for fans of `Sacred Games` as the much awaited second season of the show will stream on August 15, announced Netflix on Tuesday along with a not-to-be-missed trailer of Saif Ali Khan-starrer.

The trailer introduces some new faces including Ranvir Shorey and Kalki Koechlin. While Saif Ali Khan, Nawazuddin Siddiqui and Pankaj Tripathi, who were seen in the first season, will reprise their roles.

The trailer starts with Bunty played by Jatin Sarna getting a call from Ganesh Gaitonde (Nawazuddin Siddiqui) asking him about his whereabouts. Gaitonde replies that he himself does not know where he is, and added that he just wants to take revenge.

The two-minute-ten-second trailer shows the no-nonsense cop Sartaj Singh, played by Saif Ali Khan, connecting dots to spot and find crime lord Gaitonde.In the background, Gaitone can be heard saying "My life was doomed, Sardarji. Just like yours will soon be."

Next, the trailer shows an enigmatic godman played by Pankaj Tripathi, who had a brief role in the first installment.

Based on Vikram Chandra`s 2006 novel by the same name, `Sacred Games` received immense critical acclaim for its gripping plot and powerful performances.

The plot, in the first season, revolved around the lives of Sartaj, and crime lord Gaitonde.

The show progressed as the lives of the two characters collided.

Singh was shown on a mission to uncover a terror attack in Mumbai in 25 days and to solve the mystery. All the eight hour-long episodes were directed by Anurag Kashyap and Vikramaditya Motwane.