The veteran screenwriter feels his idea could have helped the film become a hit. 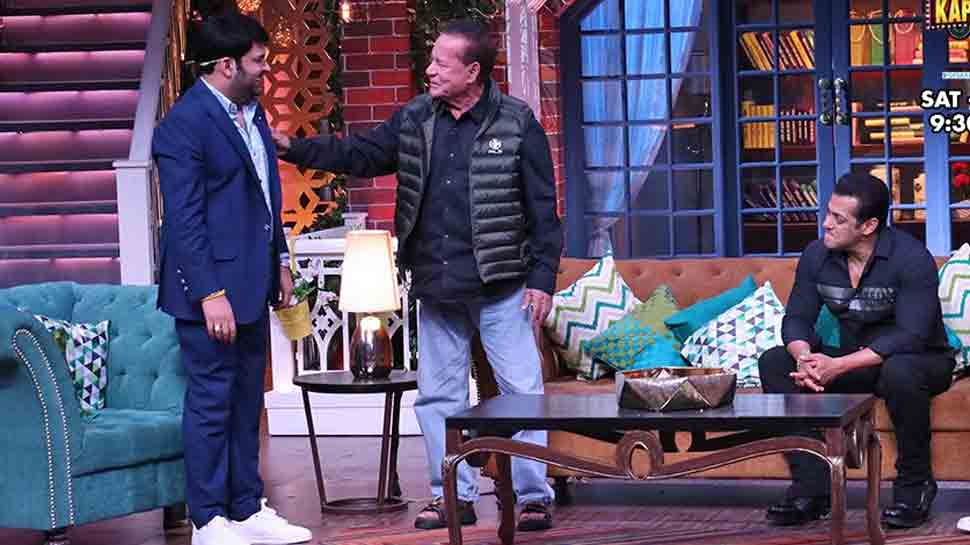 After hosting Ranveer Singh in the premiere episode of his new show, 'The Kapil Sharma Show', comedian-actor Kapil Sharma is all set to send his audience on a laughter ride by inviting Salman Khan on the stage. The upcoming episode of the show will welcome Salman along with his brothers Arbaaz Khan and Sohail Khan and their father Salim Khan coming over.

Earlier, Salman had graced the fifth season of 'Koffee With Karan' with his brothers.

While there is no doubt that the episode will a laugh riot, Salim Khan will be seen revealing how 'Hello Brother' could have been salvaged if Arbaaz Khan had done Salman's role in the film. Also, instead of Salman's character, Arbaaz's should have died in the film. And the veteran screenwriter even justified his reason.

In another video, Salman is seen revealing how once Sanjay Dutt convinced him to get married. In the video, Salman mimics Sanjay and says, "Sanju baba was convincing me to get married and said ‘Bhaijaan, you should get married.’ And as he spoke, his phone was constantly ringing. He said ‘you come home tired after the shoot. She will press your head. Marriage is the best thing."

For the unversed, Salman helped Kapil revive his show and so it was obvious for him to be part of one of the episodes. It was speculated that Salman would be the first guest on the show but didn't happen.

Earlier, Salman had promoted the show and welcomed Kapil back on the television via Twitter.

The new season of The Kapil Sharma Show has an ensemble cast including Kiku Sharda, Chandan Prabhakar and Sumona Chakraborty. Bharti Singh and Krushna Abhishek are the new addition to the show.