Brave Andy Murray bows out of Australian Open in first round

On Friday, a teary-eyed Murray said the Australian Open could be his last tournament as a professional but the battle-scarred 31-year-old left the door ajar for a return. 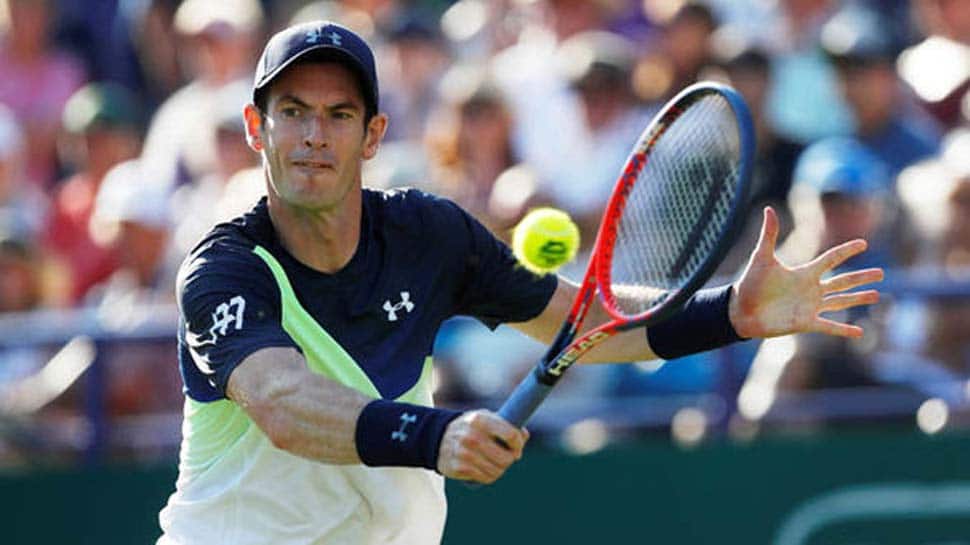 Andy Murray`s hopes of a fairytale swansong at the Australian Open were crushed in the first round on Monday as Roberto Bautista Agut held off a thrilling fightback from the ailing Briton to claim a 6-4 6-4 6-7(5) 6-7(4) 6-2 epic win.

Though locked in a losing battle with his troublesome right hip, the former world number one whipped the Melbourne Arena crowd into a frenzy as he battled back from two sets down to push the match into a fifth set.

It seemed the momentum was all Murray`s but it was all a mirage as Bautista Agut rallied to break the Scot twice and roar to a 5-1 lead in the decider.

Murray raised his racquet to salute the crowd before his final service game but his fans could not prevent Bautista Agut serving out the match to love and ending the Scot`s brave resistance after four hours and nine minutes.

On Friday, a teary-eyed Murray said the Australian Open could be his last tournament as a professional but the battle-scarred 31-year-old left the door ajar for a return.

"Maybe I`ll see you again, I`ll do everything possible to try," the three-times Grand Slam champion had said in his on-court interview.

"I`ve honestly loved playing here over the years... if this was my last match, like you say, (it`s) an amazing way to end, I gave literally everything I had," he had added.

Bautista Agut was also majestic under pressure as he beat Murray and a crowd that often barely murmured when he hit winners.

"Andy deserved this atmosphere," he said. "It was an unbelievable match... I want to congratulate him on all he did for tennis."

Murray entered the arena to a huge ovation but nervous energy crackled over the court before palpable relief settled as he held his opening service games.

The Spaniard was given a colder reception but was unfazed, and he wasted no time pushing Murray to the corners, subjecting the Scot`s hip to a fierce examination.

He fended off a breakpoint and pounced in the ninth game with a barrage of baseline rockets before Murray dropped serve with a netted forehand.

The Spaniard served out the set to love, as a pinned-down Murray parried long over the baseline.

Murray had his chances, prising two break points in the second game with an inspired pair of winners.

But Bautista Agut saved them both before throwing Murray around with more side-to-side rallying.

He kept the Scot at arm`s length before closing out the set and leaving Murray on the ropes at 2-1 with an early break.

Murray would not go quietly, however, and he wrested the break back with an astonishing retrieve and passing shot, reviving the crowd and bringing mother Judy Murray and brother Jamie to their feet in the players` box.

At 5-4, a set point was suddenly there for the taking for Murray but it slipped by as the match went to a tiebreak.

Murray fired a huge serve on the second that his opponent could only lob back and he roared in triumph after slapping the volley down the line to take the set.

It seemed Bautista Agut was the man hanging on as Murray dragged the Spaniard into a fourth set tiebreak and roared to a 6-1 lead, with a monster first serve to ensure a decider.

However, a fairytale comeback was not to be as Bautista Agut closed out the match with precision and authority to deny Murray in possibly his last trip to Melbourne.

Australian Open 2019: Caroline Wozniacki through to second round with comfortable win