France grouped with Russia for Fed Cup Finals in Budapest 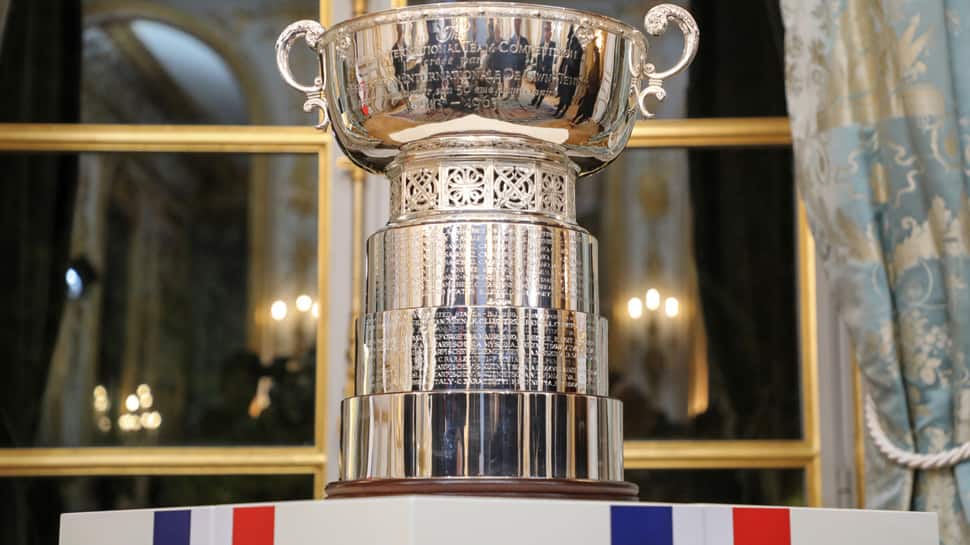 France, who beat Australia in the last final of the 57-year-old team event`s previous format in November, is one of four nations who qualified automatically for the 12-nation event to be staged on clay at the Laszlo Papp Sports Arena.

Hungary, as hosts, Australia as runners-up and 11-times winners the Czech Republic, as a wild card, were the other three.

The four group winners will go through to the semi-finals followed by a final. Individual ties will consist of two singles matches followed by doubles.

The Fed Cup`s new format, which saw eight nations qualify through playoffs last weekend, is something of a throwback to the first edition in 1963 when 16 nations played over a week at London`s Queen`s Club with the United States, featuring Billie Jean King, beating Australia in the final.

King was present at the draw ceremony and praised the International Tennis Federation`s elevation of the women`s team event which now shares equal prize money with the Davis Cup.

The competing players at the week-long event will split $12 million with the other $6 million going to federations.

"Women`s tennis has always been the leader in women`s sport," American King, the trailblazer, and inspiration behind the formation of the WTA Tour said at the draw ceremony.

"This sends a very strong message. I`m very excited and really want to thank Hungary and everyone involved. This is an amazing opportunity."

While the change of the men`s Davis Cup from a year-long `home-away` World Group knockout draw to a one-week showdown in Madrid suffered some teething problems, the new Fed Cup format has been greeted in a generally positive fashion.

The April slot is a much better fit than the men`s Davis Cup which was played with 18 nations and crammed into a week in November, including grueling late-night finishes.