Djokovic extended his unbeaten start to the 2020 season with a comfortable 6-3, 6-4 triumph over Tsitsipas in a one-sided summit showdown that lasted one hour and 17 minutes. 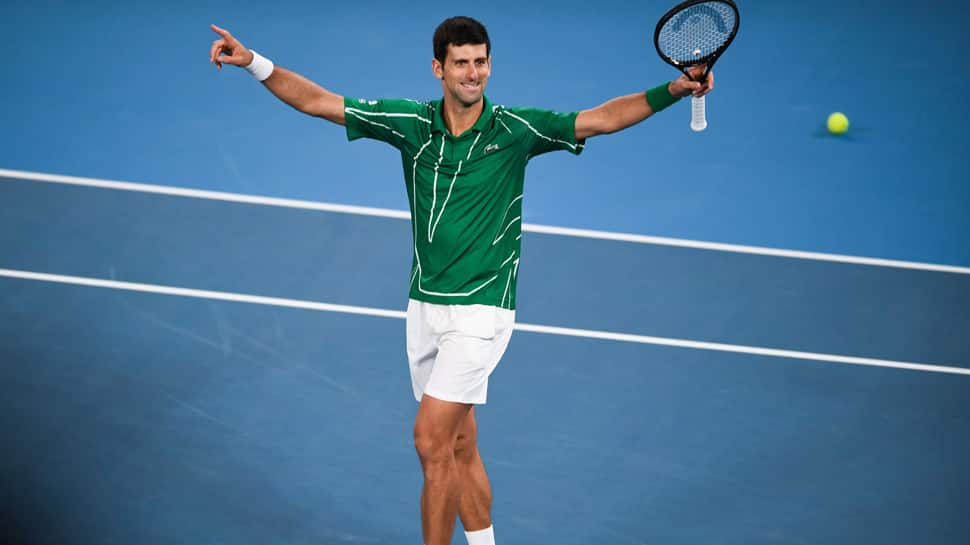 World number one Novak Djokovic continued his rich vein of form as he brushed aside Greek tennis sensation Stefanos Tsitsipas in straight sets in the final of the men's singles event to lift the Dubai Duty-Free Tennis Championships title for the fifth time on Saturday.

The Serbian tennis maestro extended his unbeaten start to the 2020 season with a comfortable 6-3, 6-4 triumph over Tsitsipas in a one-sided summit showdown that lasted one hour and 17 minutes.

With the win, Djokovic has now won 21 matches in succession, including 18 this season. He has also lifted a record-extending eighth Australian Open title in January.

Reflecting on the same, the 32-year-old said that one of his targets is to remain unbeaten the whole season before admitting he has made one of the best starts of all seasons he had played in his career.

“One of the targets is to go unbeaten the whole season. No, I’m kidding. I’m not kidding, actually.Of course I'm trying to embrace the moment and appreciate where I am. I think this has been one of the best starts of all seasons I had in my career. I feel great on the court. I've been playing great tennis on the hard courts. That is my most successful and preferred surface," the Association for Tennis Professionals (ATP) quoted Djokovic as saying.

Talking about his unbeaten streak--which also saw him guide Team Serbia to the inaugural ATP Cup title, Djokovic said that he was grateful that he is doing well and is now looking to perform as best as he could in every single upcoming match.

“I’m just grateful that I'm playing well, feeling well. I've won many matches now in a row. I'll try to keep that run going. It's just way too early to speak about how long that run might go, the calculations. I try not to think about predictions. I try to focus on what I need to do with myself and my team in order to thrive every day, in order to try to play as best as I can every single match," he said.

Notably, this is the seventh time that Djokovic has won at least 20 matches in a row. In 2011, he took his winning streak to 41-0 before slumping to defeat in the semi-final of the French Open.

Novak Djokovic keen to play in front of Indian fans