The 20-time Grand Slam champion, back on the Paris clay 10 years after his only title here, swept aside Italian Lorenzo Sonego 6-2, 6-4,6-4 in a graceful performance. 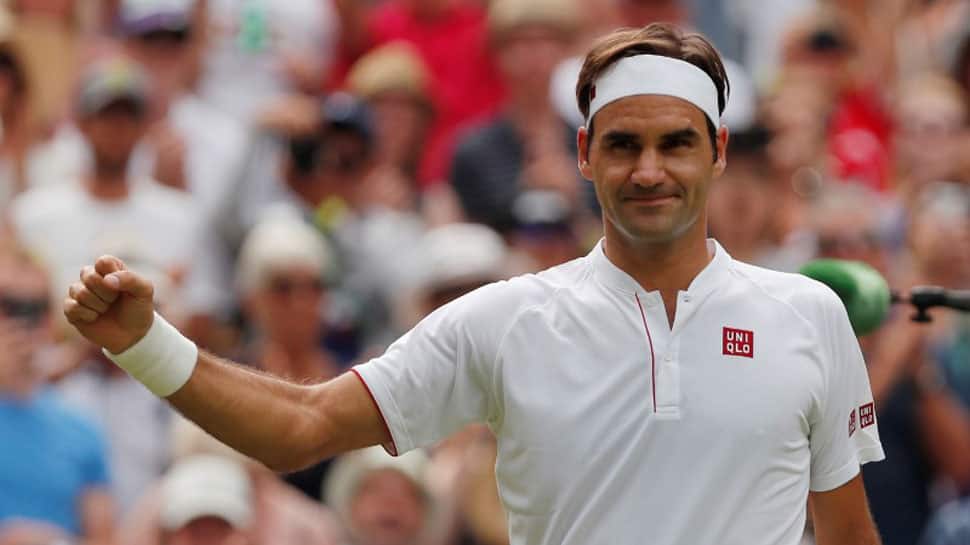 Roger Federer made a stylish comeback to the French Open after a three-year hiatus as the revamped, widely-acclaimed Roland Garros burst into life on Sunday.

The 20-time Grand Slam champion, back on the Paris clay 10 years after his only title here, swept aside Italian Lorenzo Sonego 6-2, 6-4,6-4 in a graceful performance on an expanded court Philippe Chatrier.

"The reception I got today was crazy, it was really nice to see a full stadium for a first round like this. It was a beauty," the 37-year-old Swiss told reporters.

Situated within a botanical garden at the East end of Roland Garros, the court is cocooned by greenhouses featuring rare tropical plants.

"It`s a cute court. It`s in a very different place. You don`t feel like you are around a court. It`s like in a garden," Muguruza said.

Some top players, however, will not get much chance to enjoy the new stadium, with former world number ones Angelique Kerber and Venus Williams sent packing along with former winner Svetlana Kuznetsova.

Opening proceedings on Chatrier, Germany`s Kerber was downed in two short sets by Russia`s Anastasia Potapova as her attempt at completing a career slam was cut short on her least favourite surface.

Seven-time Grand Slam champion Williams was also eliminated in straight sets by Ukraine`s Elina Svitolina, the ninth seed and one of a dozen contenders for the Suzanne Lenglen Cup.

Last year`s semi-finalist Marco Cecchinato of Italy, seeded 16th, was at the receiving end of Nicolas Mahut`s spectacular comeback as the local favourite advanced into the second round with a 2-6 6-7(8-6) 6-4 6-2 6-4 victory on court Simonne Mathieu.

In the women`s draw, second seed Karolina Pliskova and seventh seed Sloane Stephens eased into round two while on the men`s side, Greek sensation Stefanos Tsitsipas and Japan`s Kei Nishikori also progressed.

Top favourites Rafa Nadal, the 11-time champion, and world number one Novak Djokovic will be in first-round action on Monday.

Roger Federer turns on the style on Roland Garros return