Florida-born Collins battled hard in the first set on a stifling day at Rod Laver Arena but ended up steamrolled 7-6(2) 6-0 by eighth seed Kvitova. 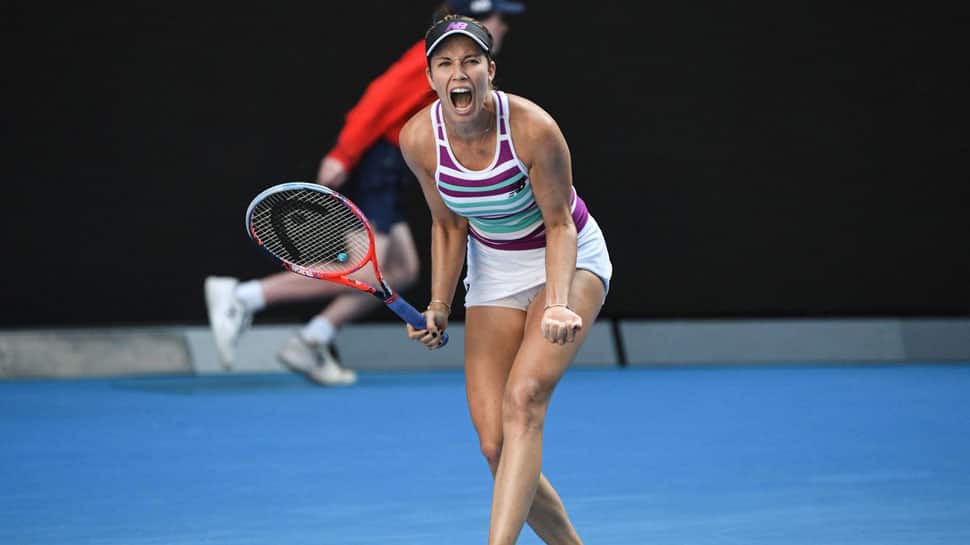 Danielle Collins`s fairytale run at the Australian Open was crushed by the resurgent Petra Kvitova in the semi-finals on Thursday but the unseeded American said she would take huge confidence into the rest of the season.

Florida-born Collins battled hard in the first set on a stifling day at Rod Laver Arena but ended up steamrolled 7-6(2) 6-0 by eighth seed Kvitova.

Few would have backed the 35th-ranked to have been the last American woman standing out of a high-quality batch featuring 23-times Grand Slam champion Serena Williams and former U.S. Open winner Sloane Stephens.

Yet the former University of Virginia player thrashed 2016 Australian Open champion Angelique Kerber during her magical run after dumping out seeds Caroline Garcia and Julia Goerges.

All this after having never won a Grand Slam match let alone a WTA title since graduating in 2016 as the United States` top-ranked collegiate.

"I definitely don`t think anybody would have put their money on me to get this far in the tournament," the feisty 25-year-old told reporters.

"I certainly have been a big underdog, and I think I have held that title really well and fought my hardest.

"There is a lot of positives to take away from this, and, yeah, it`s been an incredible run.

"Unfortunately I wish the narrative could have been different for me today, but a lot to be proud of and I think a lot to build off of."

A match that began in broiling conditions changed once the roof closed at 4-4 in the first set as part of the tournament`s extreme heat policy.

Fans at Rod Laver Arena who had fried in the sunshine applauded the announcement but Collins was not cheering after losing the tiebreak and being thrashed in the second set.

Accustomed to Floridian heat, she would have been happy to keep playing under the hot sun and felt the match was affected by the closed roof.

But she emphasised that Kvitova was the decisive factor in her defeat, and pledged to learn from the match of her life.

"I think I learned that experience plays a big role in tennis, and Petra is an incredible champion," she said of the Czech, who will play Naomi Osaka in Saturday`s final.

"I think there is a lot to learn off of what she does on the court. I think she went out and played fearless tennis, so I think all credit to her.

"Maybe some people thought I was a one-hit wonder, it was a fluke. Clearly none of this has been a fluke.

"So it`s kind of showed me no matter what the situation, I can handle it very well and compete my hardest and play my best tennis in important situations.

"I could probably write a whole book after this tournament."

We will not have it very easy on grass: India coach Zeeshan Ali, ahead of Davis Cup qualifier against Italy