Williams and Andreescu had last met each other in last month's final clash at the Canadian Open, where the former world number one was forced to retire while trailing 3-1 in the first set due to back spasms. 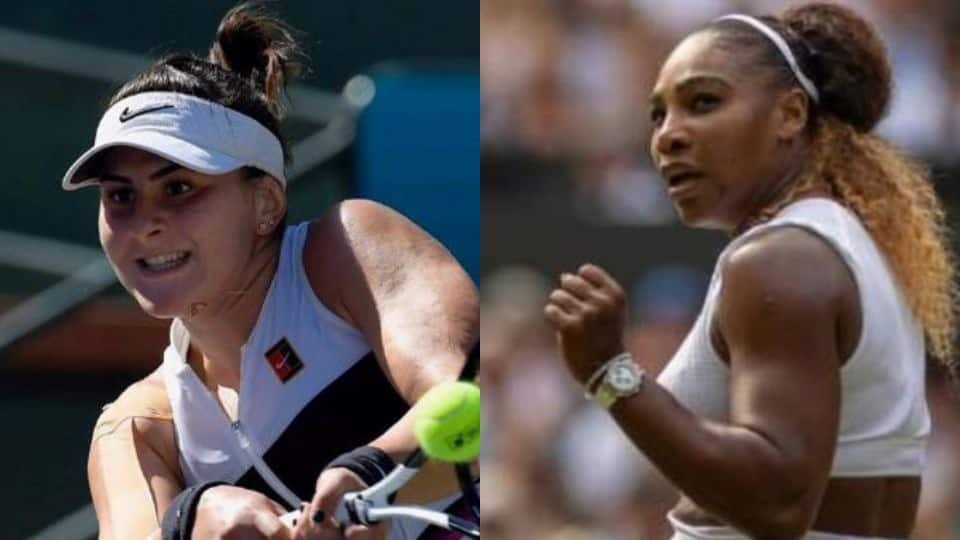 American tennis star Serena Williams will look to match Australian great Margaret Court's all-time record for most singles Grand Slam titles when she locks horns with Canadian teenager Bianca Andreescu in the final of the US Open at Flushing Meadows on Sunday.

23-time Grand Slam champion Williams booked her place in the summit showdown of the fourth major of the season by shrugging off a tricky start against fifth-seed Elina Svitolina of Ukraine and eventually clinching a comfortable 6-3, 6-1 win in the semi-final clash of the women's singles event at Arthur Ashe Stadium.

Heading into the clash, the former world number one will be keen to avoid the sort of dip in form as she suffered at last year's edition of the tournament in New York as well in the previous two Wimbledon finals.

The win will see six-time US Open champion Williams become only the fourth mother in the Open era after Australia's Margaret Court, Evonne Goolagong Cawley and Belgium’s Kim Clijsters to win a Grand Slam.

It is to be noted that the American tennis star made it to the three major finals, all in the hopes of equalling Court's all-time record of 24 Grand Slam titles, since marrying and giving birth to her daughter Alexis Olympic.

Andreescu, on the other hand, bounced back from a double break down in the second set to eventually clinch a gritty 7-6(3), 7-5 victory over 13th seeded Belinda Bencic of Switzerland in another last-four clash of the US Open on Friday.

With the win, Andreescu became the second Canadian after Eugenie Bouchard to reach the final of a Grand Slam. Bouchard made it to the Wimbledon final in 2014.

Williams and Andreescu had last met each other in last month's final clash at the Canadian Open, where the former world number one was forced to retire while trailing 3-1 in the first set due to back spasms.

Every weapon at hand for Serena Williams in US Open final, says coach