The SP leader was questioned by the media over his distasteful remarks on BJP Rampur candidate Jaya Prada. 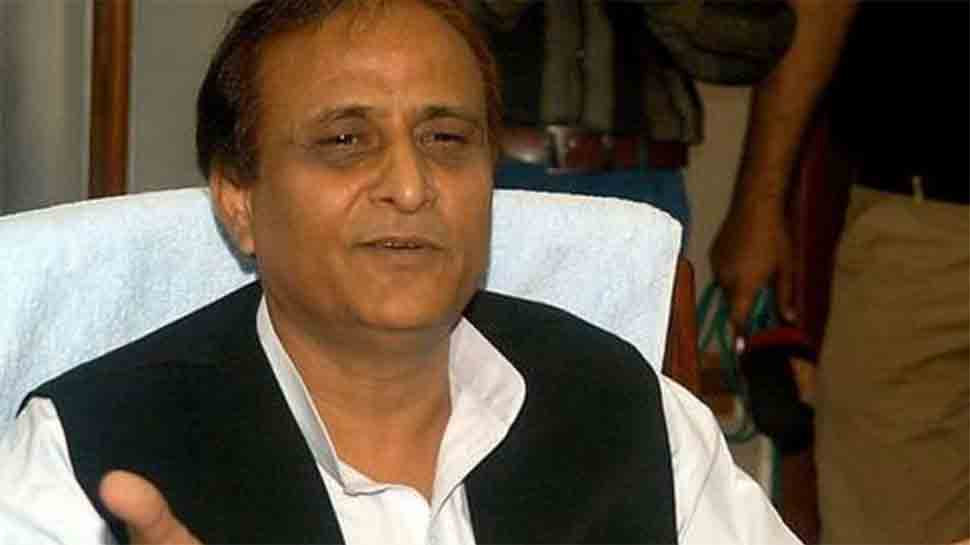 New Delhi: Samajwadi Party leader Azam Khan, who created an uproar with his offensive remarks against BJP's Rampur Lok Sabha seat candidate Jaya Prada, on Monday evaded questions on the matter and walked away from cameras.

Azam, who was questioned by the media over his derogatory 'Khaki' remarks, refused to take any question, saying he is there to attend the last rites of former Rajya Sabha MP Munawwar Salim. "Mein aapke walid ki maut me aaya hu," he said, repeating, "Aapke walid mar gaye the, usme aaya tha."

Munawwar Salim, a senior member of Samajwadi Party, passed away at his residence in Vidisha on Sunday, after battling with ill health for a long time.

On Sunday, while addressing an election rally at Rampur, Azam took a controversial jibe at actor-turned-politician Jaya Prada, who is fighting as a BJP candidate from Rampur. Azam deliberately pointed to links between Jaya Prada and RSS by making an obscene reference to khaki.

The video of Khan's purported speech did the round on the various social media platforms.

Taking note of news reports, the National Commission for Women today strongly condemned the "extremely derogatory" remarks made by SP leader Khan against Prada and issued a show cause notice to him.

Rampur goes to polls in the third phase of the Lok Sabha elections on April 23.