Gangster Vikas Dubey’s close aide Bauva Dubey, who was killed in an encounter in Etawah on Thursday, had slashed Deputy Superintendent of Police (DySP) Devendra Mishra's leg when a police party went to the Bikru village in the Chaubeypur area of Kanpur to arrest them. 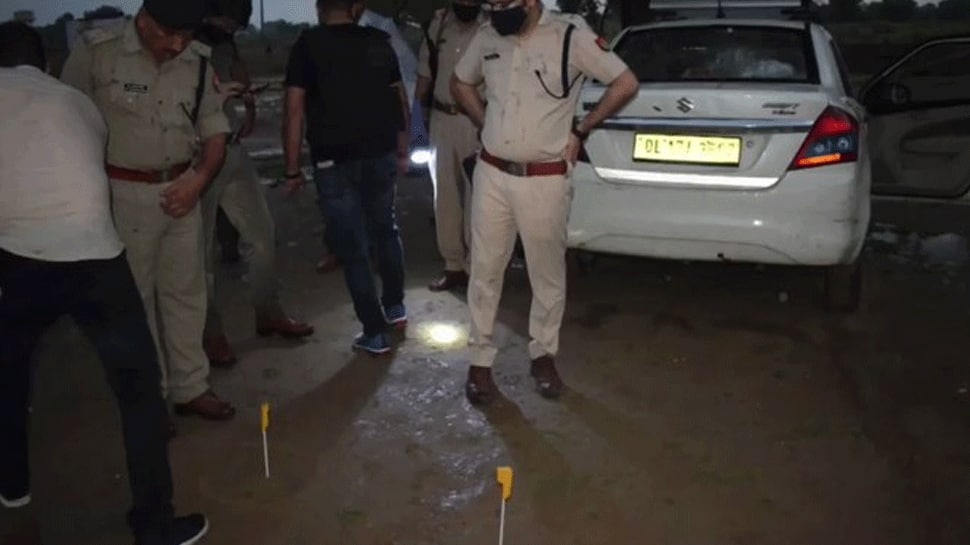 NEW DELHI: Gangster Vikas Dubey’s close aide Bauva Dubey, who was killed in an encounter in Etawah on Thursday, had slashed Deputy Superintendent of Police (DySP) Devendra Mishra's leg when a police party went to the Bikru village in the Chaubeypur area of Kanpur to arrest them on July 3.

It has now emerged that the eight policemen, who had gone to arrest history-sheeter Vikas Dubey, fell to bullets fired from rooftops of Bauva Dubey’s house in Kanpur last Friday.

Bauva Dubey was the immediate neighbour of Vikas Dubey and it was from his house that maximum bullets were fired at the police party on that day.

The DBBL gun that was recovered from the encounter spot was used in the attack on policemen during the Kanpur incident. The weapon is registered in the name of another accused Ramu alias Ravindra Kumar, who is also on the run. Bauva Dubey was killed in an encounter with the police in Etawak on Thursday morning.

"Today at around 4.30 AM, in an encounter with the Etawah Police, one person has died. From him, a rifle and a pistol too has been recovered. When we shared the information with the Kanpur Police, they identified him as Bauva Dubey," said SSP Etawah Akash Tomar.

"He was involved in the Kanpur encounter alongside Vikas Dubey and there was a bounty of Rs 50,000 on him," he added.

"Around 3 AM on the highway near Mahewa Police Station Bakewar, a Swift Dzire car was looted by four armed assailants on a Scorpio. Around 4:30 AM, they were intercepted at Kachaura road under Police Station Civil lines by the police. When police parties chased them, the car collided with a tree, and criminals started firing at the police," he further said.

Dubey sustained injuries during the encounter and was pronounced dead when taken to the hospital. However, the other three managed to escape.

One pistol, a double-barrel gun, and several cartridges have been recovered from the spot, he said. In a related incident, Prabhat Mishra, also a close aide of the main accused, died after being shot at by the police.

Mishra had sustained an injury on the leg after being shot at by the police and was rushed to a hospital before being pronounced dead.

Vikas Dubey is the main accused in the encounter that took place in Kanpur last week, in which his men allegedly opened fire on a police team, which had gone to arrest him. Eight police personnel were killed in the encounter.

So far, five persons have been killed in separate police encounters since the Kanpur ambush.

Earlier, Amar Dubey was killed in Uttar Pradesh's Hamirpur on Wednesday, while Prem Prakash Pandey and Atul Dubey were gunned down in an encounter in Kanpur on July 3.