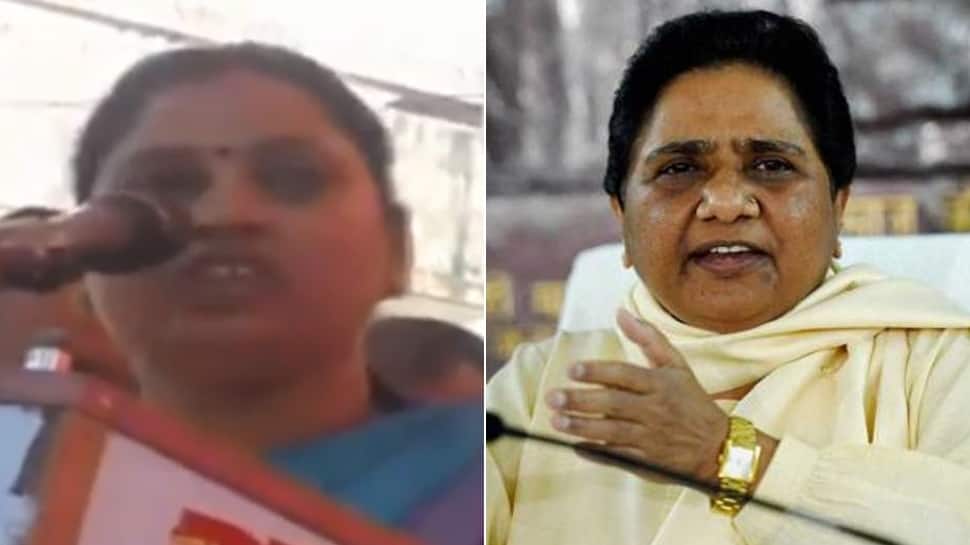 NEW DELHI: Bharatiya Janata Party (BJP) MLA Sadhana Singh on Sunday apologised for her derogatory remarks against Bahujan Samaj Party (BSP) supremo. "I had no intentions of disrespecting anyone, I express regret if someone was hurt by my words," she said in a statement on Sunday.

Sadhana added that she only wanted to remind people of the infamous Lucknow guest house incident where BSP supremo Mayawati and some other BSP leaders were attacked by Samajwadi workers adding that she had no intentions of insulting anyone.

Her statement had led to a huge row when the BSP calling the BJP leader 'mentally ill'. BSP leader Satish Chandra Mishra said the BJP was rattled by the SP-BSP alliance and the leaders of the saffron party have lost their mental balance fearing defeat in the upcoming Lok Sabha polls.

"The language used by BJP leader Sadhana Singh against our party President Mayawati shows the level of the BJP. This shows that BJP is disappointed and frustrated with the SP-BSP alliance. They have no strength to win even a single seat in Uttar Pradesh. The level of language shows their mental illness. Such people should be admitted to the mental hospital of Agra or Bareli. The people of this country this time will show BJP its real place. They have lost their mental balance in fear of losing the election in Uttar Pradesh," Mishra said.

BSP's ally Samajwadi Party had also condemned the remark. "The sort of words used for Mayawati by BJP's woman MLA from Mughalsarai is highly objectionable. I condemn the statement. BJP has become completely bankrupt when it comes to morals. They are just frustrated. The statement is an insult to the women of the country," SP chief Akhilesh Yadav had said.

Sadhana is a member of UP's Legislative Assembly and represents the Mughalsarai constituency in Chandauli district.