If Babri Masjid illegal, why is LK Advani being tried: Asaduddin Owaisi

Owaisi slammed those criticising him for not accepting the judgment, saying he has a democratic right to oppose it. The MP alleged that Muslims were insulted by offering them five acres of alternate land. 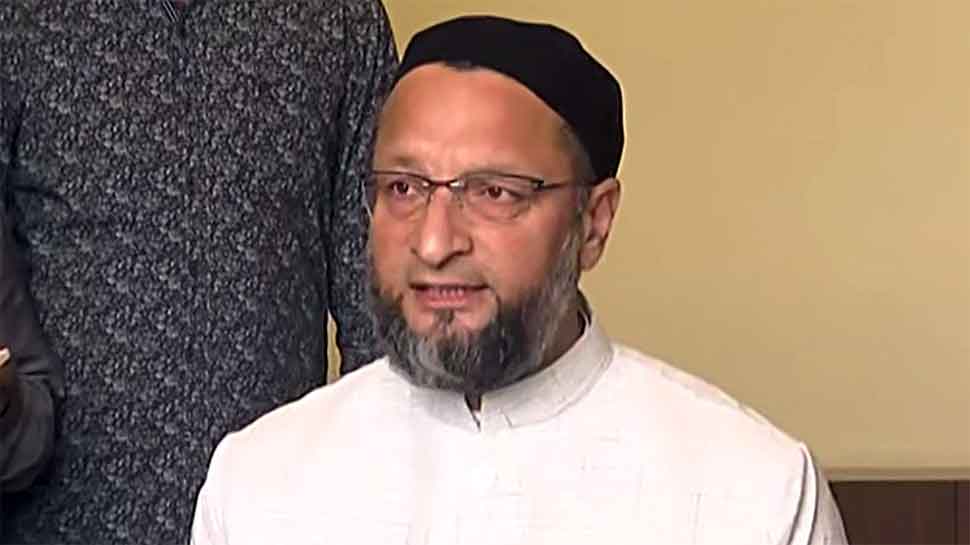 The Hyderabad MP wondered how a person who demolished somebody`s house can get the same house.

Addressing a public meeting here Friday night on the eve of Milad-un-Nabi, Owaisi found fault with the Supreme Court judgment in Ram Janmabhoomi-Babri Masjid title dispute case and reiterated that `Supreme Court is supreme but not infallible`.

"If a person demolishes your house and if you go to an arbitrator and he gives your house to the person who demolished it and tells you that you will be given an alternate land at some other place, how`d you feel," he asked.

Owaisi said that his basic question is why Advani and others who demolished Babri Masjid were being tried if the mosque was illegal. "If Babri Masjid was legal, then how can Advani get the land," he asked while reacting to the Supreme Court giving the land for construction of the Ram temple.

Owaisi slammed those criticising him for not accepting the judgment, saying he has a democratic right to oppose it. The MP alleged that Muslims were insulted by offering them five acres of alternate land.

"Babri Masjid is our legal right. We were not fighting for the land. We don`t want anything in charity. Don`t treat us like beggars. We are respected citizens of this country," he said.

Owaisi thanked the lawyers who represented the Muslim side in the Supreme Court. He noted that even at the age of 80, Rajiv Dhawan argued in the court for hours together. "We have no words to thank Rajiv Dhawan Sahab. The fact that he took the case and fought in these testing times itself is a big thing," he said.

The MP said Kapil Sibal also made his contribution in the case, but the Congress party stopped him from fighting the case.

Owaisi said fighting the Babri Masjid case was important as the BJP and Sangh Pariwar have a list of several such mosques. "These organisations are saying they don`t have any list. If this is true, then why are they not withdrawing cases for Kashi and Mathura mosques," he asked.

Owaisi said all secular parties deceived Muslims. He slammed the Congress for its reaction to the Supreme Court verdict. He said he was fighting against the Congress as it was during its rule that idols were kept in the mosque, its locks were opened and the mosque was demolished.

Owaisi asked Muslims not to lose heart over the judgment, saying it`s their country and they are first class citizens. He urged them to offer `Namaz` regularly and take active part in politics and support their party.