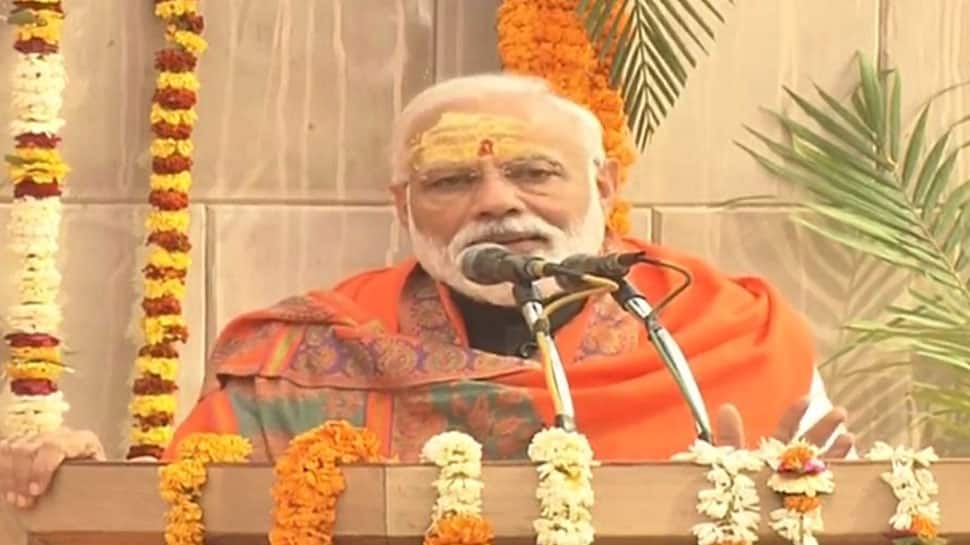 The PM laid the foundation stone of an approach road to the famous temple and unveiled a  beautification and strengthening project.

The PM will later inspect the project site and also attend the National Women Livelihood Meet - 2019 at Deendayal Hastkala Sankul.

PM Modi is touring Varanasi, Kanpur and Ghaziabad in Uttar Pradesh during which he will unveil multiple development projects for the state.

In Kanpur, he will unveil the Panki Power Plant, a 660-megawatt electricity generation and distribution unit and inaugurate a section of the Lucknow Metro Rail through a video link.

Besides, the PM will lay the foundation stone for the Agra Metro Rail Project and also address a gathering.

In Ghaziabad, PM Modi will inaugurate the Dilshad Garden- Shaheed Sthal (New Bus Adda) section of the metro and flag-off a train from Shaheed Sthal Station.

This elevated metro corridor will have eight stations and will provide a convenient mode of transport for people between the national capital and Ghaziabad and ease traffic congestion.

PM Modi will inaugurate the Hindon Airport Civil Terminal in Ghaziabad which will benefit people of western UP and NCR as they will be able to avail domestic flights from Hindon.

This is one of the first, high-speed and high-frequency rail-based RRTS project aimed at greatly improving transport facility and creating many employment opportunities.