The Prime Minister will inaugurate a 460-bed super-specialty government hospital in the city and a 74-bed psychiatry hospital at Benaras Hindu University. 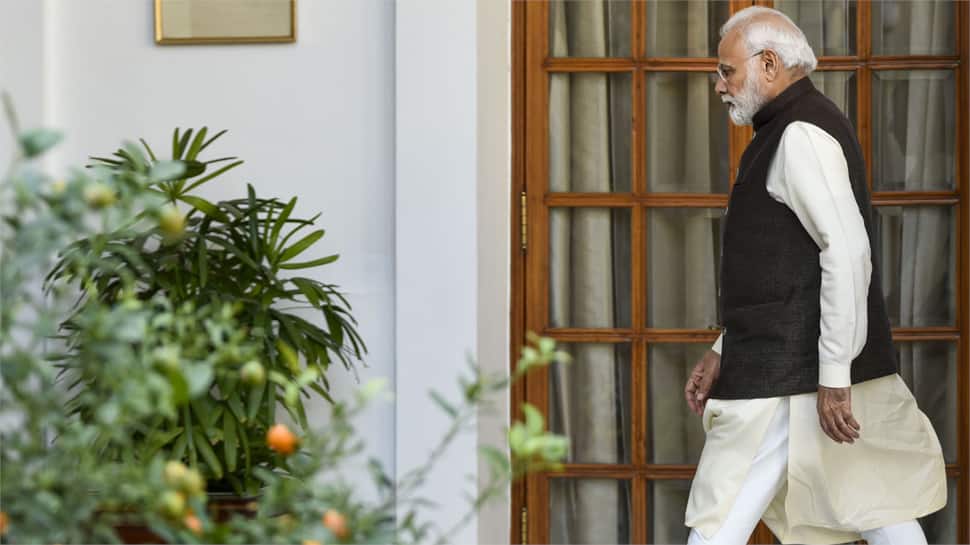 Varanasi: Prime Minister Narendra Modi will be in his parliamentary constituency Varanasi on Sunday (February 16) where he will launch at least 30 new projects.

According to information from Prime Minister`s Office (PMO), PM Modi will dedicate to the nation the Deendayal Upadhyaya memorial centre and will inaugurate his statue, the tallest statue of the Hindutva icon in the country.

The statue has been built by over two hundred artisans who worked day and night for the structure.

The memorial centre will have the engravings of the life and times of Deendayal Upadhyaya. Around 30 artisans from Odisha have been working on the project for over a year.

The Prime Minister will also flag off through video link `Mahakal Express`, which will connect three jyotirlinga pilgrim centres - Varanasi, Ujjain, and Omkareshwar. This is the first overnight private train in the country.

The Prime Minister will inaugurate a 460-bed super-specialty government hospital in the city and a 74-bed psychiatry hospital at Banaras Hindu University.

PM Modi is also scheduled to attend the closing ceremony of the centenary celebrations of Jagadguru Vishwaradhya Gurukul and will release the Shri Siddhant Sikhmani Granth in 19 languages, as per the information by the PMO.

Prime Minister Modi will inaugurate a two-day `Kashi Ek Roop Anek` at Pandit Deendayal Upadhyaya Hastkal Sankul showcasing products from various parts of Uttar Pradesh. The event will also host buyers and artisans from the US, England, Australia and various other countries with whom Modi will also interact.

Eighteen teams of bomb disposal squads have been pressed into service. More than 3500 constables along with 49 DSP level officers will be deployed in the city on Sunday.