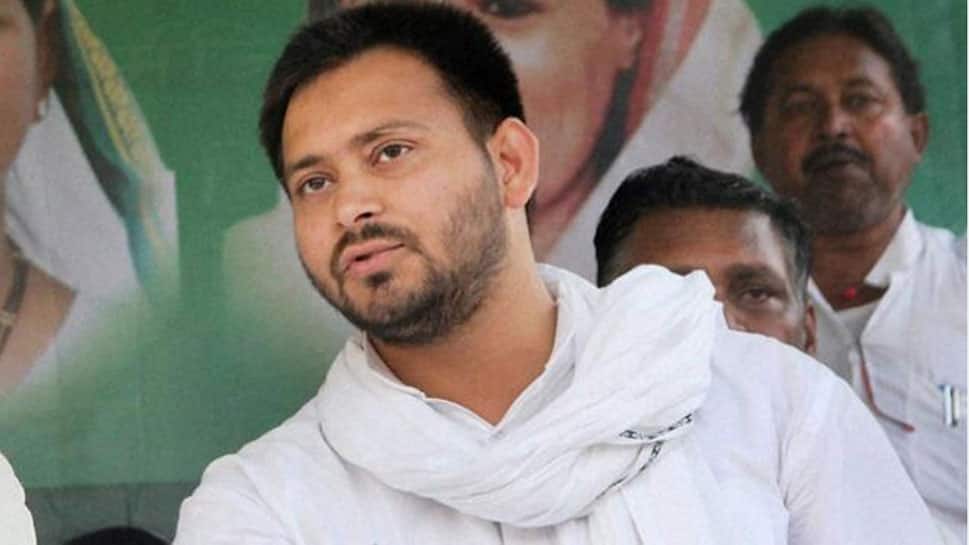 Lucknow: Hitting out at Tejashwi Yadav, UP BJP chief Mahendra Nath Pandey said on Monday that the statements made by the RJD leader him against Prime Minister Narendra Modi and his party were a result of his "mental bankruptcy" (maansik diwaaliyaapan).

"A person, who has been unable to save his base and goodwill in his state, is speaking big in Uttar Pradesh. The statements made by Tejashwi Yadav against Prime Minister Narendra Modi and BJP (during his Lucknow visit) are a result of his mental bankruptcy," Pandey said in a statement.

"On one hand his father is in jail on charges of corruption, on the other hand he is tensed over his brother. Hence, he is unable to understand the reality of not only UP and Bihar, but the entire country. RJD has been uprooted in Bihar, hence in order to create some attraction among his supporters, he is making nonsensical remarks in UP."

The BJP leader said after the general election everybody will come to know who is dishonest. "How the 'chowkidar' has tricked the people of the country and only indulged in 'jumlebaazi'."

Pandey said, "Both these 'yuvraaj' had inherited power. The people of both the states know that both of these political families were responsible for backwardness of UP and Bihar."

The UP BJP chief said, "These people (pointing to SP and RJD) have forgotten that this is 2019, and not 1993. People have risen above casteist politics. BJP workers have reached virtually every household, and are working to integrate people from different sections of the society for nation building."