Heard about an octopus changing colour in sleep? Watch the video to know more

The video, shared on Twitter by a user named Domenico Calia, has been shot for a documentary for Nature PBS. The footage has been captioned as, "A marine biologist films this octopus changing colors while dreaming and it's spectacular." 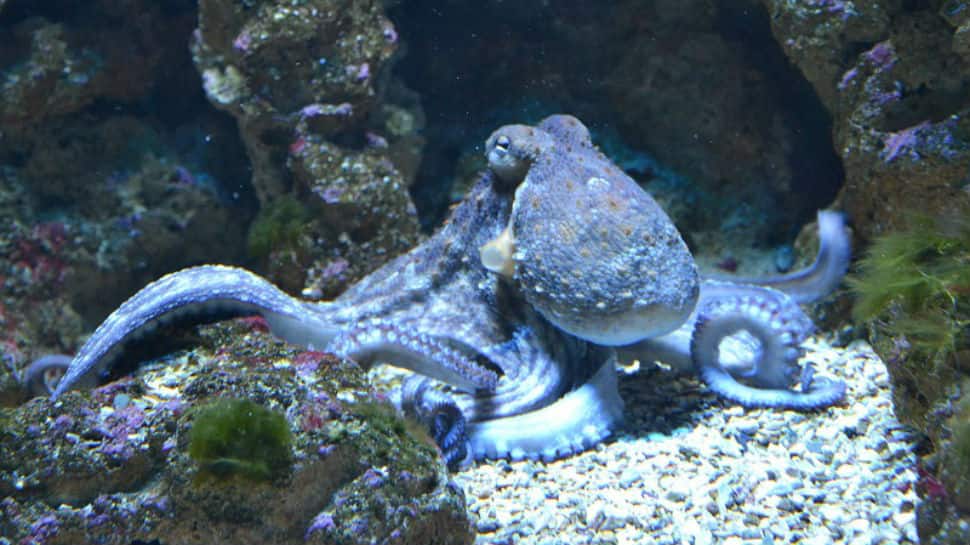 New Delhi: In an unseen footage, an octopus has been filmed changing its colours while sleeping in a tank. The researchers are of the view that the change in colour might be because the animal might be in dreaming about its prey.

The video, shared on Twitter by a user named Domenico Calia, has been shot for a documentary for Nature PBS. The footage has been captioned as, "A marine biologist films this octopus changing colours while dreaming and it's spectacular."

It shows the marine animal changing its colours multiple times.

Dr David Scheel, a marine biologist at Alaska Pacific University in Anchorage, said that "he has never witnessed anything like this before," as reported by abc.net.au.

"If she is dreaming, this is a dramatic moment," Dr Scheel said and added that this "really is fascinating."

The colour change happens as it sees a crab, the prey. When the colour turns dark, it means that the octopuses are leaving the bottom and when there is camouflage, she's subdued a crab and will eat it.

Octopuses have several colour-changing cells that lie under their skin surface.