Lucknow girl, who repeatedly slapped cabbie, says she has been harassed for two years

The Lucknow girl who was seen beating up a cab driver is now saying that she was harassed for two years. 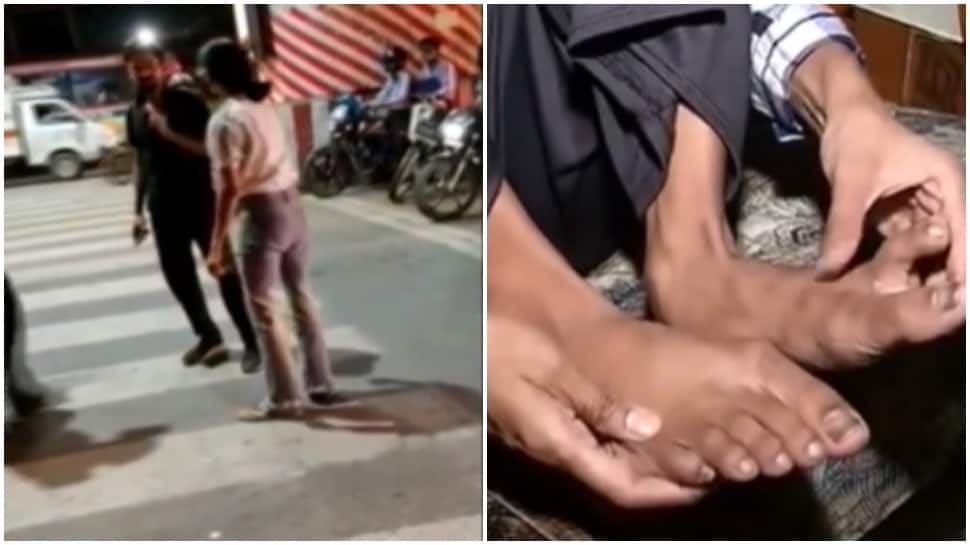 Recently, a video went viral in which a young girl is repeatedly slapping a cab driver at a busy crossroad in Lucknow. The drama was enhanced because the cab driver was not retaliating and a traffic cop was also standing nearby.

Then another video surfaced in which the same girl was seen grabbing another guy by his shirt. Soon after, the social media started demanding her arrest for callous behavior.

Now, she is saying that she was being harassed for two years before the incident in a conversation with a Zee Salaam journalist. She showed scars on her leg and hand, and said that she has been beaten.

She said that she saw a vehicle approaching that had modified lights, and got scared of the accident. She alleged that the vehicle had broken the signal and speeding.

She also claimed that some people had come in the form of a mob and beat her up. On being asked to be specific, she remained vague and said that there were at least 300 people who dragged and beat her up.

Read: Know all about Lucknow girl who slapped cabbie

She further alleged that a group of eve-teasers has been harassing her for two years, especially when she went out for a walk, and she has been suffering from multiple diseases.

When the incident that took place on July 31, came to light, the Lucknow Police booked the cab driver and arrested him. Later, after the social media uproar, the girl was also booked. In his complaint, the cab driver has said that the woman slapped her without any reason in full public view and also broke his phone. He also alleged a robbery of Rs 600 from his car.