The spoof portrays Irani as 'Kokilaben' modelled after a character in the TV serial 'Saath Nibhaana Saathiya'. The clip edited by a page called Meme _Hub has replaced Congress' Sonia Gandhi and Rahul in the place of 'Gopi Bahu' and 'Rashi ben'. 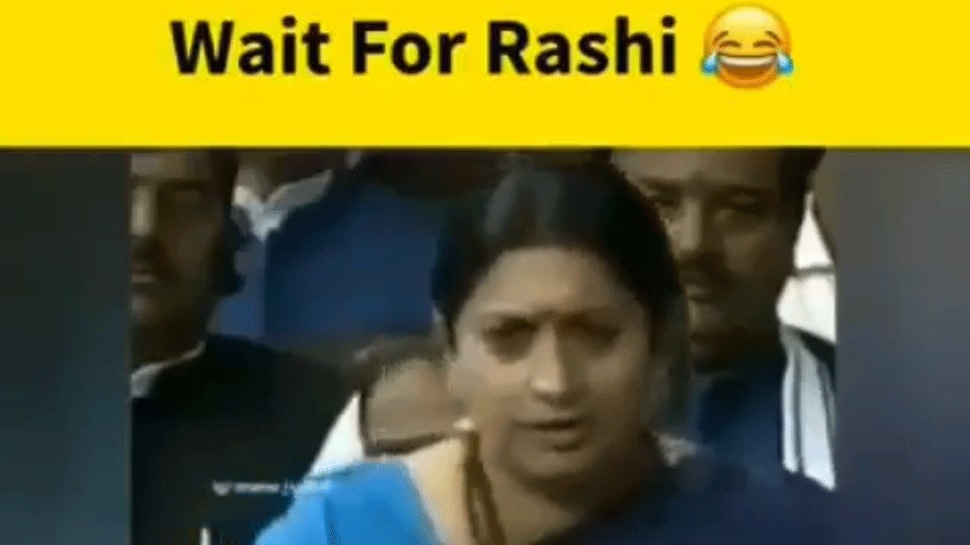 MUMBAI: The rap number mashup 'Rasode Mein Kaun Tha', which has been a recent rage on social media, has become fodder for a spoof featuring Union Textile Minister Smriti Irani, who shared it on her Instagram.

The spoof portrays Irani as 'Kokilaben' modelled after a character in the TV serial 'Saath Nibhaana Saathiya'. The clip edited by a page called Meme Hub has replaced Congress' Sonia Gandhi and Rahul in place of 'Gopi Bahu' and 'Rashi ben'.

Irani captioned her post, "ab yahi bacha tha #Repost @prashantpaul07 with @make_repost...Best Version Of Raasi...So #cute so funny #funnymemes ...Not for political only for enjoy @smritiiraniofficial."

The original song features a dialogue from the serial between Kokilaben (Rupal Patel) and her daughter-in-law Gopi (Giaa Manek) who is questioned about an empty cooker placed on the cooking gas and unravels the culprit as Rashi (Richa Hasabnes).

The meme video begins with Irani lipsyncing the dialogues of Kokila played in the backdrop.

The video then shows Interim Congress Chief Sonia Gandhi( as Rashi), who is also seen listening to the speech by Irani. With the progression of the funny clip, Irani asks, "who has put the empty cooker on gas?"

The video also features a dialogue from BJP spokesperson Sambit Patra saying 'Rahul hi Rashi hai'. There are glimpses of a smiling Rahul Gandhi too in the clip. In the end, Rahul appears to say, 'Maza Aaya' (had fun).

Musician Yash Raj Mukhate created the clip from the banter between the characters of the show. It had since then gone viral on the Internet with scores of memes being created around it.

Hilarious video! Turtle hi-fives alligator as it swims past in viral clip — Check out