Viral: Watch how lone buffalo fights off a pride of lions, crocodile

The video appears to be posted by a tour guide, who has also described the incident on YouTube. 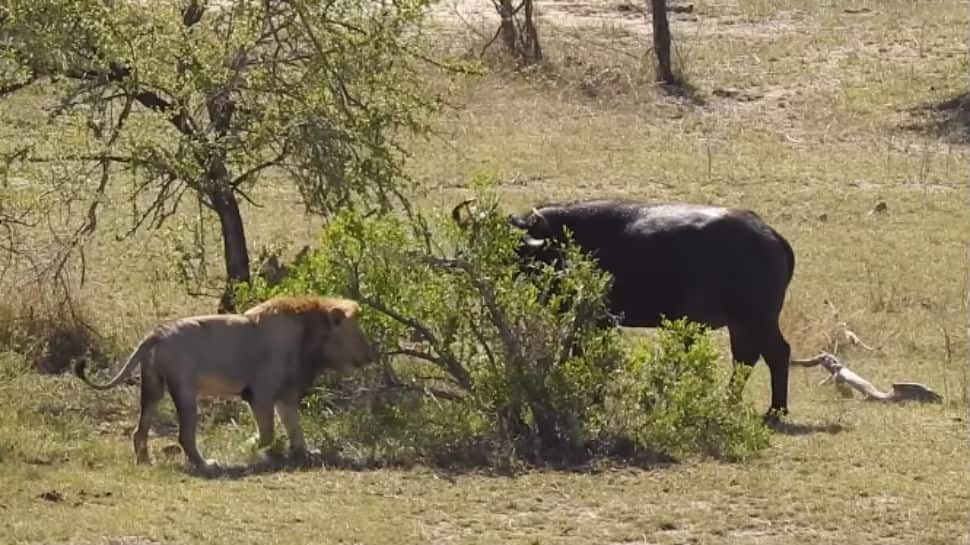 A nail-biting viral video on the internet shows how a lone buffalo fought off lions and a crocodile at South Africa's Kruger National Park. The video appears to be posted by a tour guide, who has also described the incident on YouTube.

At the beginning of the video, the buffalo, seen near a water edge, is being chased by a pride of lions. In its first attempt to escape, the buffalo jumps into the water but soon finds a crocodile there. Hence, he returns to the land, where the lions chase him again.

However, the buffalo is finally helped by its herd, who in turn chase the lions away.

"As soon as the buffalo hit the surface, he makes a run for it, with the lions following close on its tail. When buffaloes are under threat, they will call for help. Luckily, for this buffalo, his calls were answered," the tour guide wrote while describing the video.

"A massive herd of buffalo that was on its way to the dam saw the commotion and chased the lions away, saving the life of fellow buffalo, unbeknown to us if it is from the same herd," he added.

The video was posted a couple of weeks ago and have been re-shared massively on other social media platforms too. On YouTube alone, it has garnered over 4 million views and counting.

7-year-old gets trapped in bathroom, survives on water for five days