Death toll due to Cyclone Amphan rises to 80 in West Bengal, 19 die in Kolkata alone

The death toll due to powerful Tropical Cyclone Amphan, which left a trail of massive destruction and loss of lives in West Bengal before moving to Bangladesh, has risen to 80, reports said on Friday. 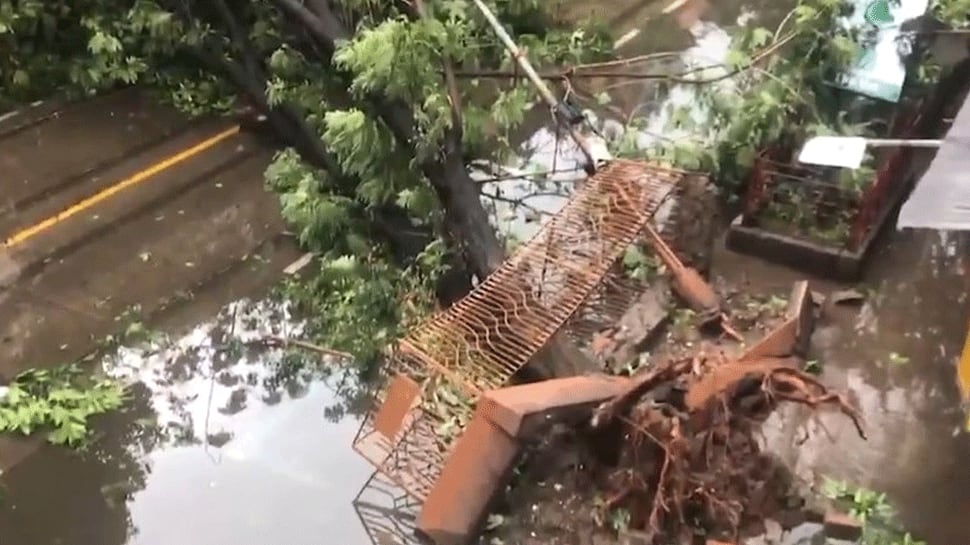 Kolkata: The death toll due to powerful Tropical Cyclone Amphan, which left a trail of massive destruction and loss of lives in West Bengal before moving to Bangladesh, has risen to 80, reports said on Friday.

Out of the 80 deaths reported so far in West Bengal, 19 were reported in Kolkata alone. Addressing a press conference on Thursday, Chief Minister Mamata Banerjee had said the devastating storm left at least 72 people dead and many homeless besides snapping electricity, internet connection and other communication tools in large parts of the state.

Addressing a press conference at the state secretariat Nabanna, Banerjee said, "The total number of deaths due to cyclone Amphan stands at 72 -- 57 in the districts and 15 in Kolkata. The loss is huge. It`s worse than the coronavirus pandemic."

Banerjee said that most of the connectivity network across the state has gone for a toss during the six-hour-long nature`s fury the region witnessed on Wednesday evening.

"I have requested the Prime Minister to pay a visit to the affected areas of the state, mainly the coastal districts situated along the Bay of Bengal and its surrounding areas," she said, adding that everything has been ruined by the cyclone.

Banerjee also said that she would soon visit the affected areas. "We will soon start the restoration work. There have large scale power cuts in many areas of Kolkata and North and South 24 Parganas, while telephone and mobile connections are also down in many parts," Banerjee said.

Cyclone Amphan crossed the West Bengal-Bangladesh coast between East Midnapore, Digha and Hatiya Islands in Bangladesh across the Sunderban region on Wednesday evening with a wind speed of 155-165 kmph gusting to 185 kmph.

The cyclonic spell also left the Netaji Subhas Chandra Bose International (NSCBI) airport in complete disarray with a portion of it found damaged due to the severe storm and heavy rainfall.

Many neighbourhoods of Kolkata and its twin district Howrah were severely waterlogged as the regions witnessed heavy rains and massive gush of wind storms that damaged the roofs of several buildings and uprooted a number of trees and electric poles.

Cyclone Amphan left a huge trail of damage in Kolkata`s neighbouring South and North 24 Parganas districts. 'Mobile and cable networks continued to remain unstable in Kolkata and Howrah even on Thursday.

The Chief Minister also took to Twitter to express her feelings. "Cyclone Amphan has left a trail of devastation beyond our thoughts. While the material damage is substantial, Bengal stands united in this time of crisis. Together we will overcome this because nothing can dampen the spirit and strength of the people of Bengal," she tweeted.

As requested by Mamata Banerjee, Prime Minister Narendra Modi will on Friday travel to West Bengal and Odisha to take stock of the situation in the wake of cyclone Amphan wreaking havoc in the two states, the Prime Minister's Office said.

"He will conduct aerial surveys and take part in review meetings, where aspects of relief and rehabilitation will be discussed," the PMO said in a tweet on Thursday night.

This will be the prime minister's first visit outside the national capital after coronavirus lockdown was imposed on the midnight of March 24. Sources in the government said the PM would first reach West Bengal in the morning and then go to Odisha in the afternoon.

In a series of tweets on Thursday, Modi said no stone will be left unturned in helping those affected by cyclone Amphan.