Several roads were waterlogged and traffic was thrown out of gear as the city experienced heavy downpour on Tuesday. 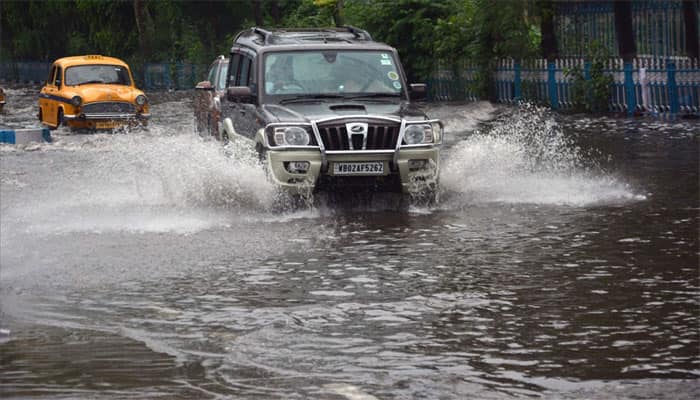 Kolkata: Several roads were waterlogged and traffic was thrown out of gear as the city experienced heavy downpour on Tuesday.

"Some places in the city had ankle deep water. In the month of July, you don`t get to see such consistent rain. However, we have the infrastructure to pump out water and sometime to get the situation back to normal," said Mayor Sovan Chatterjee.

The met department predicted heavy monsoon showers in the next two days.

"The city will witness heavy showers and thunderstorms for the next 48 hours," a regional MET department officer said.

"The maximum rainfall received till 5.30 p.m. Tuesday is 36.88 mm and Kolkata will be cloudy for the next two days also with maximum 98 percent humidity," he added.