Mamata vs CBI: SC asks agency to give proof of allegations against Kolkata top cop, to hear matter on Tuesday

The CBI alleged that it has moved the application as an 'extraordinary situation' has arisen in which the top police officials are sitting on a dharna along with a political party in Kolkata. 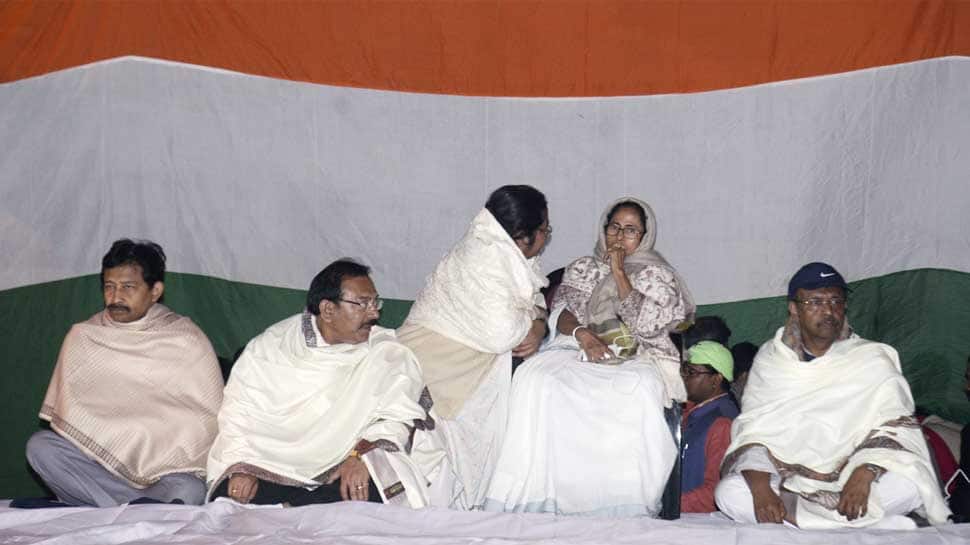 NEW DELHI: The Supreme Court will on Tuesday hear the applications moved by the Central Bureau of Investigation (CBI) over allegations that Kolkata Police commissioner Rajeev Kumar may destroy electronic evidence related to the Saradha chit fund scam case. Pulling up the CBI for not providing any proofs of the claim yet seeking an urgent hearing, Chief Justice of India Ranjan Gogoi asked Solicitor General Tushar Mehta to come back with evidence.

"If Kolkata Police Commissioner even remotely thinks of destroying evidence, bring the material before this Court. We will come down so heavily on him that he will regret. There's no evidence of what you're saying right now," the CJI said.

The top court will hear the probe agency's applications on Tuesday. The bench comprising Chief Justice Ranjan Gogoi and Justice Sanjeev Khanna, however, added that it is open for the solicitor general or any other party to lay before the court any material or evidence to show that any West Bengal authority or police official is planning or trying to destroy evidence related to the case. The apex court said all material or evidence has to be placed before it in the form of an affidavit.

The CBI alleged that it has moved the application as an 'extraordinary situation' has arisen in which the top police officials are sitting on a dharna along with a political party in Kolkata. Recalling how CBI officers were taken into custody by the West Bengal Police on Sunday night, he said: "Our team was arrested and kept in alleged custody. Kolkata Police Commissioner should immediately surrender."

"Please take cognisance that people in uniform are sitting on dharna with a political party and hear the matter at 2 pm. The evidence which is in the electronic form will be destroyed," said the SG.

Taking note of his submissions the bench said, "if at all the evidence is destroyed, it is in electronic form and can be retrieved. "

Mehta added that not only were the officers arrested, but the residence of Joint Director (East) Pankaj Shrivastav was also surrounded by the state police and his family was kept hostage. Even the CBI office at the CGO complex in Kolkata was under siege, the law officer said.

When the SG was making the submissions, the bench asked him what was the position on Monday morning to which he replied that senior CBI officials have been released.

Mehta added that the Police Commissioner had not responded to the CBI's repeated summons to join the investigation and when the team reached his residence, they were arrested.

Mehta told the court that the agency had filed two interim applications. The first application seeks a direction form the apex court that the Kolkata Police chief should immediately surrender and should not tamper or destroy any evidence. The second application is about the contempt of court committed by the police commissioner as there was an apex court order to carry out the investigation into the case. However, the bench declined his plea to hear the two applications on Monday in the post-lunch session and said that the matter will be taken up on Tuesday morning after.