Hundreds of migrant labourers staged a protest at Chourangee area of Asansol which is the border of West Bengal and Jharkhand. 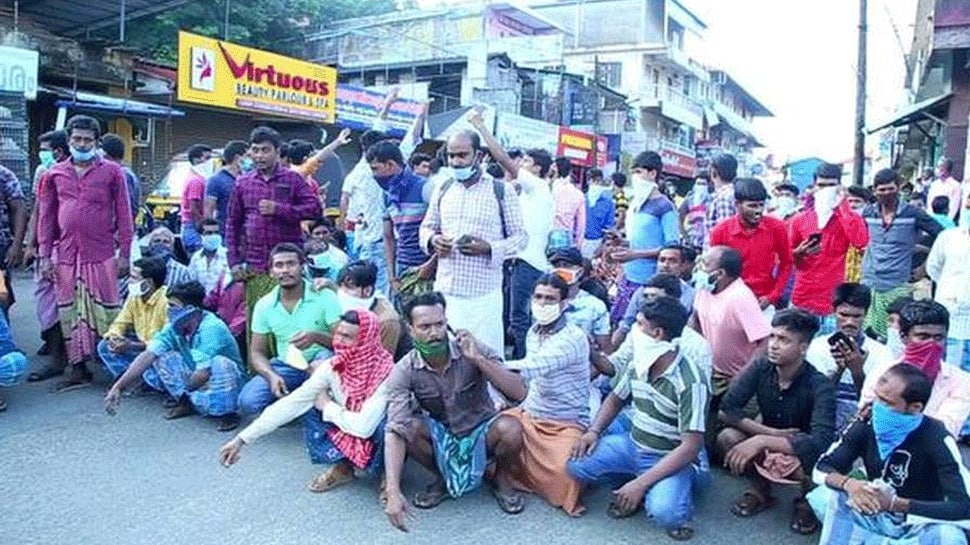 Asansol: Hundreds of migrant labourers staged a protest at Chourangee area of Asansol, which is the border of West Bengal and Jharkhand, after being stopped from crossing the border on Friday.

All of them originally belong to Bihar, Uttar Pradesh and Jharkhand and until recently working in different parts of West Bengal.

In the past 2-3 days, the migrant labourers had covered hundreds of kilometres either by walking or by cycling in order to reach their home as early as possible. But, they are now stuck at the West Bengal-Jharkhand border.

They say that the West Bengal Police have allowed them to go to their native village, but the Jharkhand Police is not allowing them to enter the state.

Upset with the Jharkhand Police’s apathy towards them, they are now staging a protest in the area.

The protesting migrant labourers allege that they are not getting any help from the Jharkhand government in this regard. The protesters are demanding that they be allowed to go to their homes or the authorities should arrange more trains for them to return home.

On Thursday, disgruntled migrant workers from West Bengal, numbering over 500, took out a protest march to Koothattukulam town along with the eastern suburbs of Kochi demanding trains to return home.

When the police stopped them, they laid siege to the road near the private bus stand. The police had to resort to caning to disperse them around 7.30 a.m. More migrants who were on their way to the town were stopped on their tracks and turned away by the police.