TMC yesterday expressed its shock over Governor Dhankhar's visit to JV to bring Union Minister Babul Supriyo who was allegedly heckled by a section of students. 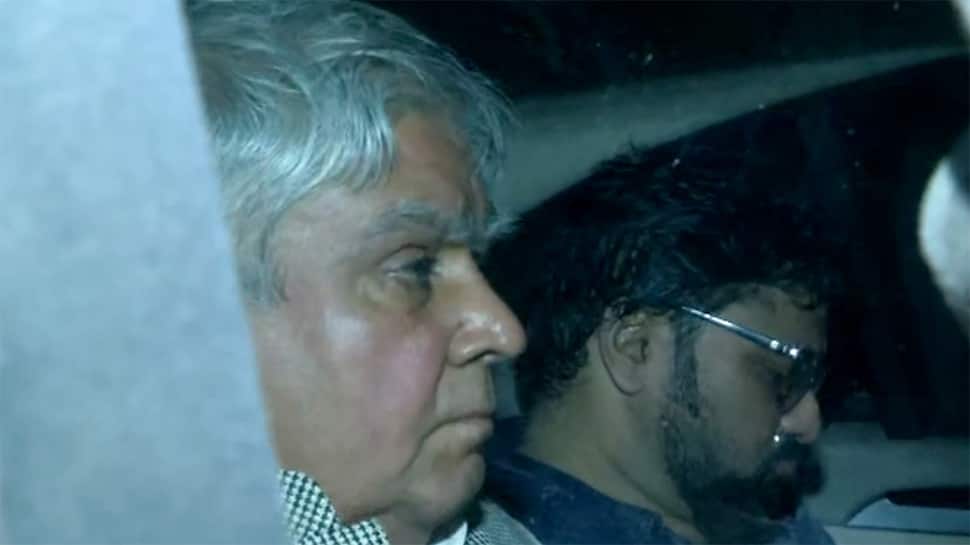 New Delhi: West Bengal Governor Jagdeep Dhankhar came down heavily on Trinamool Congress leader Partha Chatterjee for his claims that he went to the Jadavpur University campus on Thursday without informing the state government.

The Raj Bhavan today released a statement on the entire incident that said, "The Governor and Chancellor, Jadavpur University, has expressed his relief that as a result of his visit yesterday to the University, an end to an unwholesome situation was brought about. His visit was rendered imperative as the Vice Chancellor and the pro-Vice Chancellor had left the University while the Union Minister Shri Babool Supriyo continued to be detained by the agitating students/persons there. In his capacity as Chancellor, being guardian of the students, he took the call so as to connect with the students in the interest of education and institution," the statement from the Raj Bhavan read.

"Before his visit to the University, the Governor and Chancellor exhausted all possible avenues that could bring an end to the unsavoury spectacle by flagging the issue to the DGP and the Chief Secretary," the statement said.

"As a final step before going, the Governor/Chancellor took initiative in connecting with the Hon'ble Chief Minister, West Bengal, and duly apprised her of the grave situation and the consequences it may entail.  There were many telephonic interactions between the two and in his high regard that the Governor/Chancellor has for the Hon'ble CM, personally and for the Office the CM holds, he would not like to divulge the conversation between the two, except that he left for the place after sufficient time had elapsed and the situation did not show any change," it read.

Slamming the Trinamool leader's claim that the Governor didn't inform the ruling West Bengal government before visiting the Jadavpur University, the Raj Bhavan said in the statement, "It is unfortunate that the Secretary-General of the All India Trinamool Congress, through a press release yesterday, has stated that the Governor did not inform the Government and has not taken the State Govt into confidence before making a visit.  Obviously he did not know of the developments that took place between the Governor and the DGP/CS as also the conversation with the Hon’ble Chief Minister."

It also slammed the University Vic-Chancellor over the failure of law and order situation inside the campus, stating, "The issue of serious lapses by the University VC, including virtual abandonment of his obligations, and apparent failure of the State Police Administration in attending to the situations appropriately and inadequate security arrangements for the Governor/Chancellor during his visit are receiving his attention for way forward steps."

The ruling Trinamool government in the state yesterday expressed its shock over Governor Dhankhar's visit to Jadavpur University to bring Union Minister Babul Supriyo who was allegedly heckled by a section of students and strongly opposed his comment calling the incident a "reflection of law and order situation".

In a statement, the TMC said that the Governor, the custodian of the Constitution in the State, visited the campus without informing the 'elected government' to 'so-called rescue' of the BJP leader.

"This is most unfortunate and shocking that our Governor, the custodian of the Constitution of the State, without informing the elected government went to the so-called rescue of the BJP leader from Jadavpur University," it said.

The party claimed that the state police was waiting outside the university but were unable to enter in the absence of any communication from the Vice-Chancellor.

The Trinamool Congress said, "Governor went there without taking the state government into confidence. On his way, he rang up the CM who requested him several times that the Governor being the constitutional head need not go at this moment. The CM requested him to give the government some time to peacefully solve the issue. But instead of taking the government into confidence, the Governor went there to help BJP."

BJP MP  and Union Minister Babul Supriyo was allegedly heckled and gheraoed by a group of students of Jadavpur University during his visit to the campus to attend an event organised by Akhil Bharatiya Vidyarthi Parishad (ABVP) in Kolkata on Thursday. He was rescued out of the campus after Bengal Governor Jagdeep Dhankar took serious note of the incident and rushed to the University.

Babul, who was accompanied with designer-turned-BJP leader Agnimitra Paul, was entering the college campus when he were abrupted by a group of protesting students, who raised slogans against them, asking him to 'go back' and showing him flags of the Students Federation of India ( SFI) and the All India Students' Association (AISA).

The protesting students shouted that the 'BJP leader was not welcome on the campus'.

Supriyo was slapped, heckled, kicked by a large number of students, protesting his visit to the campus. One of them even pushed him to the ground even as his bodyguards and security personnel tried to throw a security ring around him. Later, the students blocked Supriyo's way again when he tried to leave the campus. He was again attacked, his spectacles fell off, and his shirt was torn.

Reacting to the incident, BJP leader Rahul Sinha says, "Jadavpur University has become a place for goons and anti-democratic. Every time, someone tries to organize an event on the campus, they are either heckled or stopped by the university students.